A mother diagnosed with an incurable brain tumor has revealed the heartbreaking moment her son was told he had cancer and asked: ‘What does terminal mean?’

Jacqueline Rowley’s son Cameron was 11 years old when the family was told that he had just two weeks to live.

The youngster asked his mother what the word ‘terminal’ meant, forcing her to explain to him that he was going to die.

It was only six years before that Jacqueline’s brain tumor was detected by doctors in the right frontal lobe of her brain.

After five operations – and a tragic set back when Jacqueline contracted meningitis – doctors were unable to remove all of the tumor.

Despite this, Jacqueline returned home and, for the next three years, continued to undergo chemotherapy and radiotherapy and look after her children.

But, when Cameron was eight years old, he began to complain of feeling unwell.

Jacqueline, 32, from Ellesmere Port, Liverpool, said: ‘He started to say that he had no friends and no-one liked him. 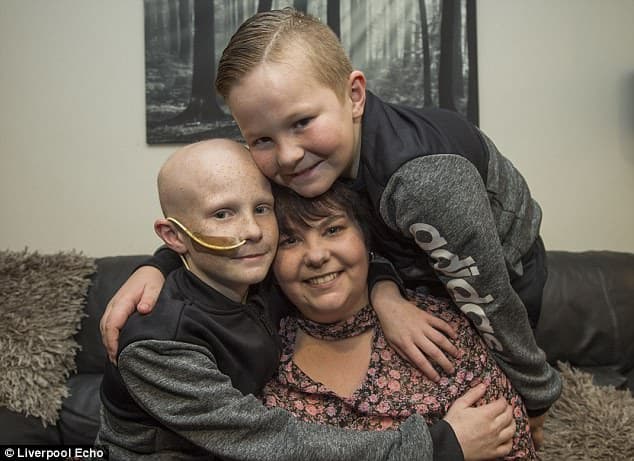 ‘He didn’t know how to explain it. He wasn’t eating very much and would want a lot of cuddles.

‘I put it down to anxiety and the fact that he was going to be going on holiday with his dad, who I had separated from, and I wouldn’t be there.’

And it was when he returned from the holiday abroad that Jacqueline said she noticed something was wrong.

She said: ‘It looked liked he had a baby in his belly. It was so swollen and I took him straight to the doctors and then to A&E.’

It was at A&E that Jacqueline was given the devastating news that her son had an aggressive form of cancer and had just two weeks to live.

She added: ‘I was devastated – but, in a way, relieved that we finally had a diagnosis because he had just not been himself and it was horrible to see him like that and not know what to do.’

Cameron had been diagnosed with desmoplastic round cell tumor, a rare form of cancer which affects only two to three people in every 500,000.

Jacqueline, added: ‘Before they did anything, they had to ring specialists in America because they didn’t know how to treat him.

‘He was operated on and was immediately put on chemotherapy – but they said there was nothing more that could be done for him.

‘The chemotherapy was only to extend his life.’ 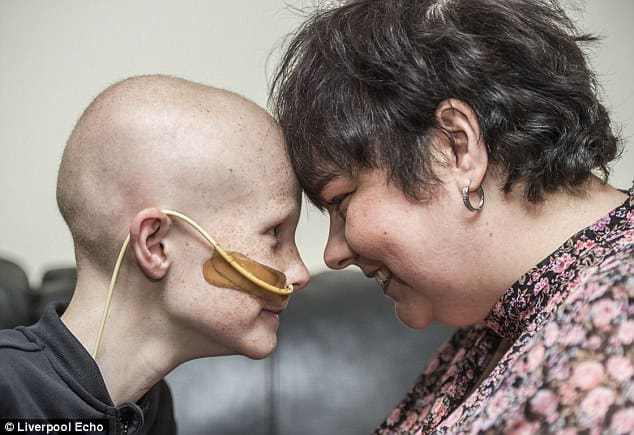 Heartbroken Jacqueline said Cameron asked her ‘What the word terminal meant’, and she had to find a way to explain to her son that he was going to die.

‘Those that don’t have terminal cancer won’t have it when they die.’

The effect of knowing her son will die before she is one that Jacqueline says she has no choice but to accept.

She said: ‘I could sit here and cry, and some days I do get really down, but being like that doesn’t change anything.

‘I try and have as positive outlook as I can. I don’t want my kids to see me like that.’

In a tragic turn of events last year, Jacqueline was told that she had another tumor in the back of her brain.

She regularly undergoes chemotherapy, which she takes in tablet form at home, and her son Cameron has chemotherapy every three weeks too.

And the effects of both Cameron’s and his mother’s illnesses have had an effect on little Ethan, who is now eight years old. 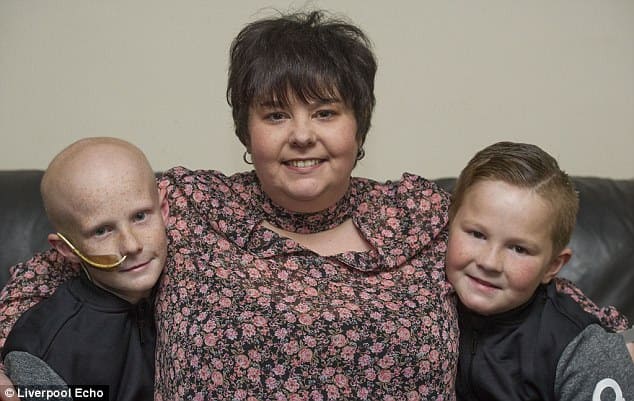 She said: ‘Ethan doesn’t understand why Cameron doesn’t have to go to school sometimes and he does.

‘He thinks mummy loves Cameron more than him and that is why he gets cuddles and gets to sleep in my bed.

‘He was made up when he got impetigo and had to go to the doctors, he was asking would he be like Cameron now.’

Cameron’s life prognosis is reliant on his body responding to chemotherapy – without it, he could have as little as three months to live.

A donation fund has been set up by Karen Burgess. As part of this, she has decorated her house for Halloween. And she will be giving all proceeds left by people who visit the Rowley family.

Tags:'What does the word terminal mean?': Heartbreaking question boy, 11, asked his mother as they BOTH fight incurable cancer