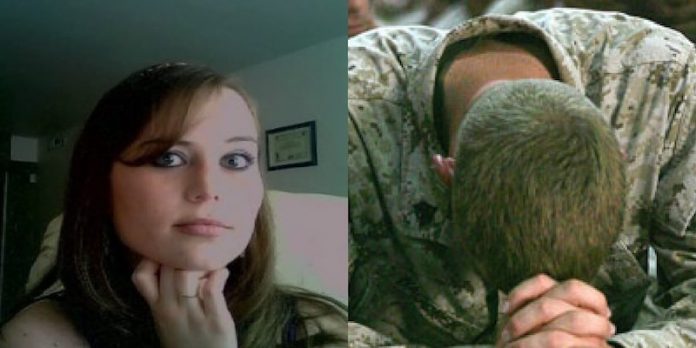 Christopher Garrett, a former combat engineer was taking part in a night mission in Afghanistan, when suddenly, he was shot in the gut, which earned him medical retirement.

He returned back to his home, and tried to keep up with his normal duties, including mowing his lawn once or twice a week, and used a old-fashioned push mower.

Now Garrett has received 100 percent disabled rating, so doing such tasks was harder for him than others.

But it was recently, that his wife, Brittany, had found him outside crying. Nothing appeared to be wrong. But after talking with him, she discovered what was wrong, or actually right. 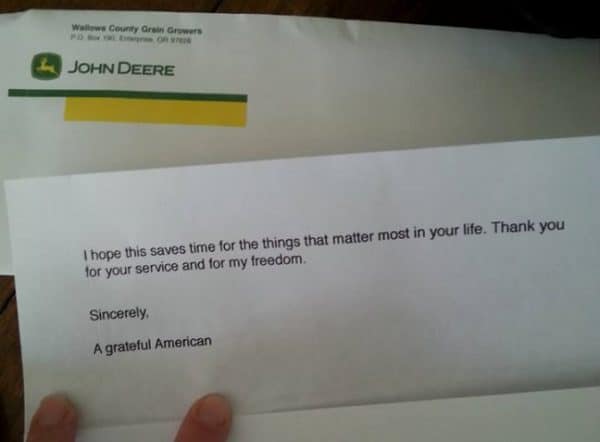 A neighbor, who still remains anonymous, had seen that Garrett had been struggling with the ld push mower for some time. So, they decided to bless him and his family by buying them a brand new John Deere riding lawn mower.

A note was left on the mower saying: ‘I hope this saves time for the things that matter most in your life. Thank you for your service and for my freedom. Sincerely, A grateful American. 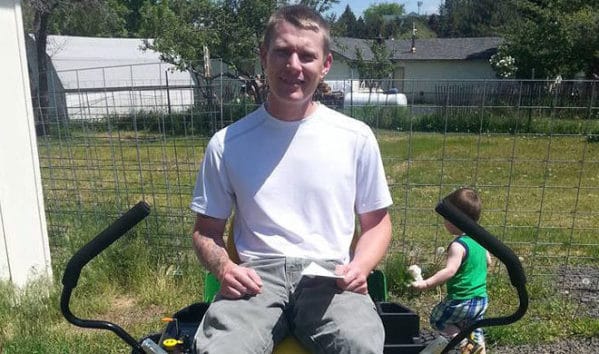 Both became overwhelmed with joy by the generous gift. Now he was able to focus on more things, like being a father to his children, and being a husband. This gift will surely save him some time and pain, and we are so happy for him!