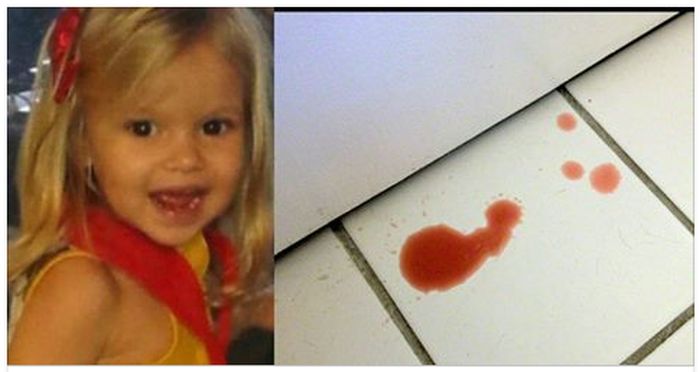 A 2-year-old girl in Oklahoma died after doctors said she swallowed a battery smaller than a coin.

Kent Vice said his granddaughter, Brianna Florer, was not feeling well for a few days, but it appeared to be just a low-grade fever. After several days, she started throwing up blood and turned blue.

Brianna’s parents, Brian and Stephanie Florer, called an ambulance and the toddler was rushed to the hospital, where she immediately went into emergency surgery. She later died at the hospital.

An X-ray revealed that Brianna had swallowed a small, button-sized battery.

“They operated on her for two hours, but they couldn’t stop the bleeding,” Vice said. “They believed the battery ate through to her carotid artery by way of her esophagus. One minute she is perfect, and the next minute she is dead. We had no idea when she swallowed [the battery].” 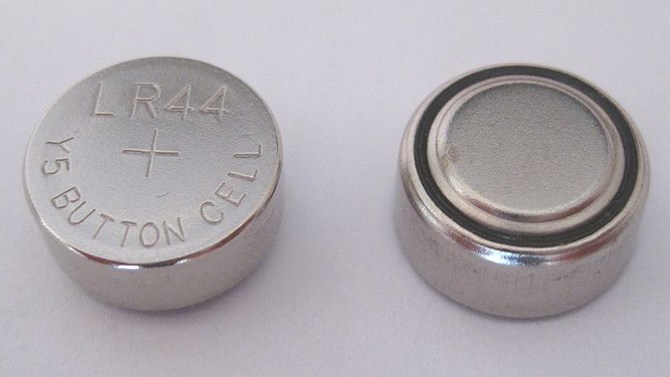 Vice and Brianna’s parents are not sure how the toddler got the battery. Doctors said they believe she swallowed the object within six days of her death.

The family is awaiting the results of an autopsy, according to the Daily Mail. It is expected the cause of death will take months to confirm.

Vice said that he wants something to be done about button batteries.

“I want to keep these things out of houses,” he said. “They are dangerous.” 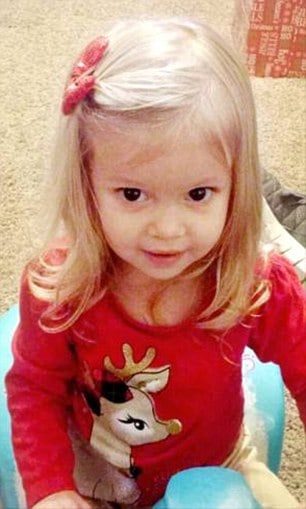 In 2015, Oklahoma reported 53 cases of children or adults swallowing button or disk batteries, according to NewsOK.

Randy Badillo of the Oklahoma Poison Control Center said that “no fatalities have been reported to us.”

Badillo said batteries will typically pass through the digestive system, but, “if the battery lodges in the esophagus or digestive tract, it can open and release an alkaline substance that can cause corrosive or burning injuries.”

A GoFundMe page for the family was set up by Brianna’s uncle, Kevin Florer. Many posted on the page to share their condolences, as well as their own similar stories.

“I am praying so hard for your family,” one user commented. “Last year, our 1 year old swallowed a button battery. At first, we didn’t expect her to make it, but she pulled through. I can’t understand all of your pain, but I know the grief that I felt concerning how it could’ve possibly happened and thinking I would never hold my baby again. Please know that my thoughts are with you and yours.”

“We are praying for your family,” another user wrote. “Much love and condolences going out to the family. What a tragedy for such a young beautiful daughter of yours. She is watching over her mother, father, siblings, as well as the rest of her family. G Brianna is a gifted Angel of God. She is at peace. Never forgotten just a see you later. God bless the Florer Family”