A Texas toddler vanished on Saturday after her father put her outside in the middle of the night as punishment for not drinking milk, according to police. 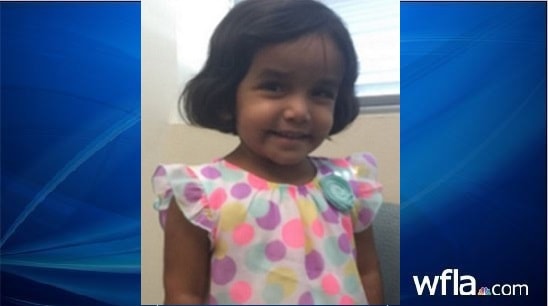 The father named Wesley Mathews took his 3-year-old daughter Sherin Mathews outside at 3 a.m. Saturday to discipline her, according to the report. He told her to stand near a large tree in the backyard. When he came back after 15 minutes, his daughter had gone.