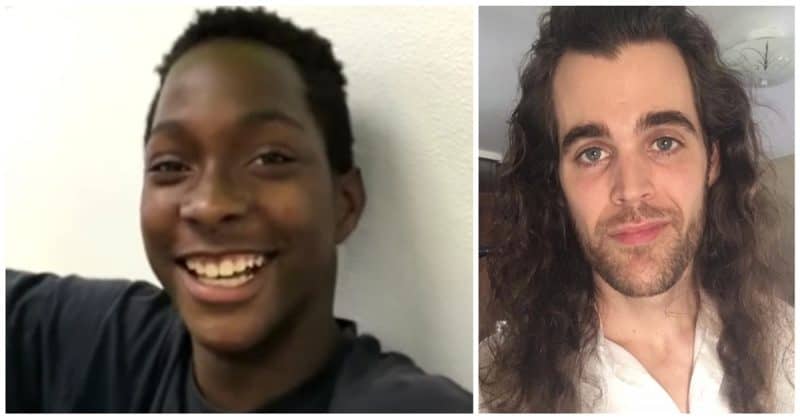 Some people will do anything necessary to get ahead in life. One teenager decided that instead of waiting for life to happen, he was going to meet his fate head on. He headed to the “rich” part of town with just a bus pass and no money. He was going to do something he had never done before, but he had to do it.

Chauncey Black was inside of the Highland Kroger when he approached a stranger with one request that would forever change his life.

Life dealt 16-year-old Chauncy Black a hand that most of us could never imagine having to live with. Although he had a place to live with his mother, he didn’t have anything to eat. The poor boy was starving! So, he did the only thing he could and headed to the one place that has loads of food – a Kroger grocery store in an affluent neighborhood.

Although he had no money, Chauncy managed to scrounge up enough change for a bus pass that would get him there and back home again. His plan was to offer work in exchange for a bite of food. But, he never expected that a chance encounter with a stranger would end up changing his life forever.

Once he was inside the Kroger grocery store, Chauncy boldly approached a stranger and asked if he could carry his groceries to the car in exchange for a pack of donuts. Well, he is a teenager after all!

The kind stranger, Matt White, was moved by the young man’s request.

“This kid looked like he had been turned down 100 times. He looked ashamed, hungry and broken. In my heart I screamed a loud “yes!”, but to him I just chuckled and said, “yeah dude, we’ll get you some donuts.”

Matt soon found out that Chauncy had no phone, only a bus pass, and a hungry mother waiting at home. Chauncy was depending on the good graces of a kind stranger to