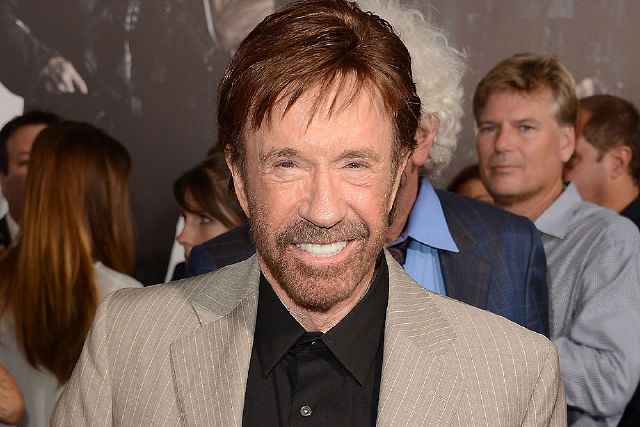 Most of us are familiar with the actor Chuck Norris, hero of action shows and movies like Walker Texas Ranger and Martial Law. Norris is famous for taking on the “baddies” and always winning. Now, he may have taken on the biggest fight of his life

The Daily Mail recently reported that Norris and his wife Gena are suing 11 pharmaceutical giants, claiming that she has been fighting exhaustion, pain and weakness since undergoing three MRI scans to assess her rheumatoid arthritis five years ago. The Norris family believes Gena is suffering from Gadolinium Deposition Disease, a condition triggered by the gadolinium dye used in MRI scans.

Gadolinium is the dye that provides a contrast when a patient undergoes an MRI scan. While its manufacturers claim that the metal is quickly flushed out of the body, independent studies have found that it can linger in the skin, brain and bones for far longer than that.

While the U.S. Food and Drug Administration (FDA), American College of Radiology and other organizations insist that MRIs are safe and provide “crucial, life-saving information,” an increasing number of people are insisting that MRIs have caused serious, long-term harm to their health.

The website explains that most patients start experiencing symptoms within a month of their MRI scan, sometimes within mere hours. Symptoms can be frightening because they are so unusual and because often nothing is visible on the outside of the body. This can also affect a patient’s mental and emotional health.

Norris claims to have spent over $2 million on medical treatments, including stem cell therapy, in trying to deal with her debilitating symptoms.

“Unfortunately, litigation is the only course of action we can take to hold the drug companies accountable for threatening the lives of so many innocent people who undergo MRIs,” she told the Mail. “These companies continue to say that there is no link between gadolinium and adverse events, even though the evidence is overwhelming that this heavy metal stays in the body for years, rather than hours.”

Cutter Law, the law firm representing Chuck and Gena Norris, has filed legal action against 11 different pharmaceutical companies involved in the manufacture of gadolinium dye, including McKesson and Bracco. (Related:

Gadolinium Deposition Disease is both misdiagnosed and undiagnosed, according to Todd Walburg, one of Norris’ attorneys.

The Norris’ lawsuit acknowledges no official, publicly stated link between gadolinium and symptoms reported by people who believe the metal has affected their health. But that’s in part because blood and urine testing for gadolinium only became available recently and most doctors were not aware of any disease that was associated with gadolinium other than one that affects people with kidney problems, the lawsuit said.

The lawsuit alleges that manufacturers of the dye are aware of its risks but choose to keep the public in the dark. The couple is seeking $10 million in damages.