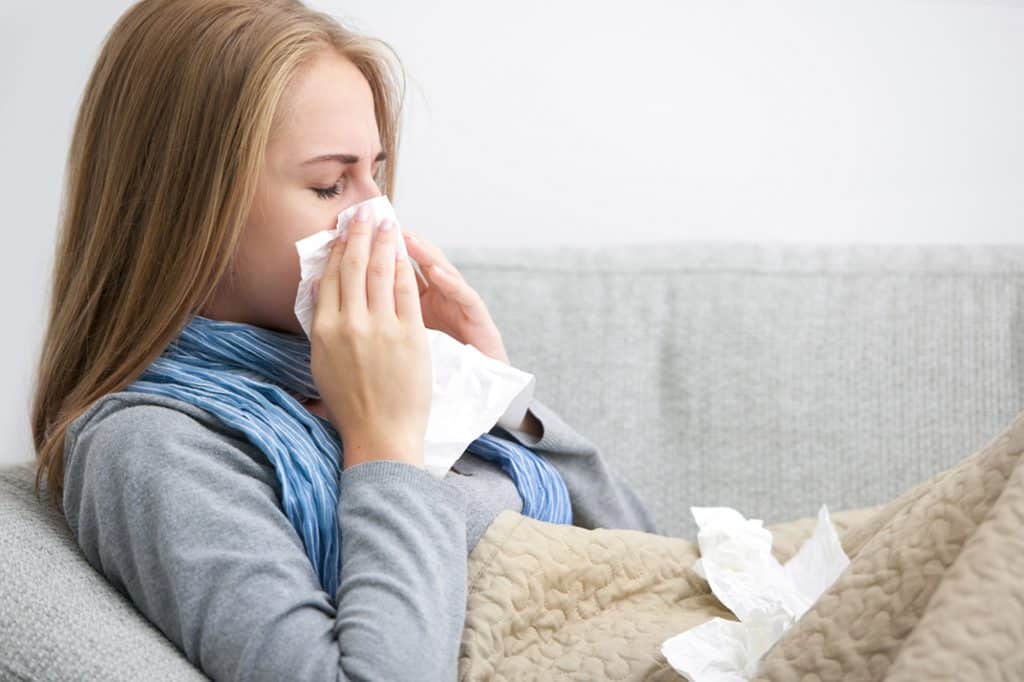 It is September and summer has almost gone. Yes, gone summer has winter in following, a wonderful and all lovely weather but it has some complications on human personality and health ofcouse. Usually people like winter and enjoy too due to its routine and ingrained beauty like shivering, murmuring, fogs, snow and rainfall. Where enjoyment rests, there would be consequences as well. What could be the consequences of winter other than sniffing, coughing and sneezing, mainly flu. Some people might think they can get recovery soon by deploying some domestic methods but the severity of weather cannot be defeated sometimes easily. It hurts to the core of bones to the nerves of minds when it gains momentum but not to be worried much.  It is obvious that flu is not a big issue or injury to health but sometimes minor carelessness can pose surprising health complications. Let’s take a look at these complications caused by minor flu and cold.

It is the auditory disorder caused by cold and flu when it gets un treated. According to Dr Amesh A. Adalja, clinical assistant professor in the departments of critical care and emergency medicine at the University of Pittsburgh Medical Center, in sensor neural hearing loss, the inner layer of ear becomes unable to convert vibrations into nerve signals that move to the brain for understanding and following what is being done. The common symptoms of the disorder are pressure, swelling and congestion that can lead to hearing loss in the end but it can be cured by oral steroids used in early stages immediately.

This syndrome rarely occurs but yes it exists through 1 or 2 cases among 1000 persons due to the cold and flu expanding to bacterias causing food poisoning.  It is an auto immune condition that affects the strength of muscles starting from ankles following legs and upper muscles especially breathing ones. Dr Cameron Wolfe states that as it rare in its existence, its treatment also does not well recognized but it is observed that patient gets recovered but slowly. It weakens the muscles so body thus it can be cured by supportive care, plasma exchange and antibody treatment.

It is the very common disease caused by cold following flu causes inflammation in lungs in millions of people every year. There is very sophisticated treatment of Pneumonia but once it suffers, the patient has to go through it that may become difficult for too young and elder people due to their weak immune system and people with the chronic condition. As it is caused by lungs inflammation, respiratory viruses such as influenza majorly cause pneumonia to roughly one-third people in America and minor causes include fungi and bacteria.

MRSA is another side effect caused mainly by cold and boosted by flu as it is not a disorder in its own but boosts pneumonia viruses in the body that must be addressed shortly. Doctors cannot configure what specific bacteria is causing pneumonia though it takes time in its natural timeline as three to five days of the fever, breathing difficulty, cough and chest pain are the main symptoms so the medics can just make the process slow by antibiotics.

Myocarditis is an inflammation that destroys the heart muscles and tissues by injuring them that would eventually lead to heart failure. It is very rare phenomenon ever came into consideration but still, it is caused by cold and flu that mainly affect healthy children and adults. The major symptoms are difficulty in breathing, pain in chest at heart spot, accumulation of fluid around the ankles and calves that demand urgent medical treatment including antivirals and steroids. Unfortunately, if the situation gets worsened, it may lead to cardiac medication or transplant subsequently.

This type of syndrome is caused by aspirin and viral illness though not understood that affect the brain as well as liver through inflammation. To be the fortune, it also exists very rare in practical caused by flu and cold weather. The main symptoms of this syndrome may be vomiting, lethargy, confusion and some changings in mental and its behaviour usually in children and teens can lead to neurological consequences if not treated well. The major cure of Reye syndrome is aspirin because it is closely associated with this syndrome.

Dr Wolfe makes women cautious regarding their health during pregnancy and advises them to avoid cold and other viral diseases like flu. Dr Wolfe further states that severe viral illness can be worse and can lead to the loss of pregnancy due to influenza mainly, a loss equal to mother’s life. Pregnant women are highly recommended to check themselves up to the doctors in case of even the small flu and get the vaccination or it can be avoided by antiviral medication, fluids and antipyretics.

Measures You Should Take

In order to avoid flu and cold, the US government is taking radical steps regarding awareness and treating people with flu with vaccination. The Toledo Lucas County Health Department is making people aware of the cold and viral disease like flu that will be avoided by walk-in vaccination clinics. The centre for Disease Control and Prevention make it necessary for everyone above the age of six to be injected vaccine without any delay and discrimination every year. Due to the growing rate of flu, the government is aimed at encouraging people to get their flu shots. Apparently, though this vaccine is not a guarantee for someone for not being suffered from flu it will surely make your immune system strong to fight against all viruses and avoiding serious damage to health. the Health departments deemed it important for public health and avoid society to get suffered from fatal diseases.  The vaccine is providing in every nook and corner of the states on authorised clinics which would take two weeks to make people strongly immunized. In addition to it, health authorities are teaching the masses how to remain neat, clean and hygienic to repel ill viruses from the body.

Flu vaccination is taking a step in the supreme interest of common people of States that would eventually ensure the safety and good health of people. Keep visiting us for further updates. Stay healthy.