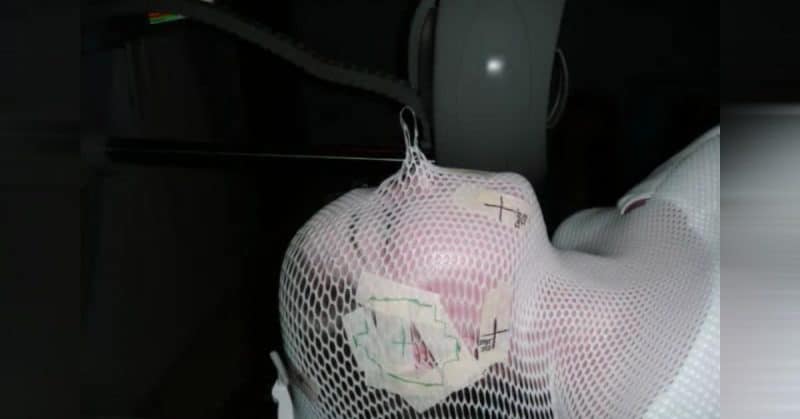 Ashley Hallford from Douglasville, Georgia, always wanted to have a big family and it looked like her dream was coming true. While at college she ran into David, a childhood friend, and they both knew that there was something more than just friendship between them. They began dating and eventually got married. After college they both got good jobs, bought a house and started doing some family planning. 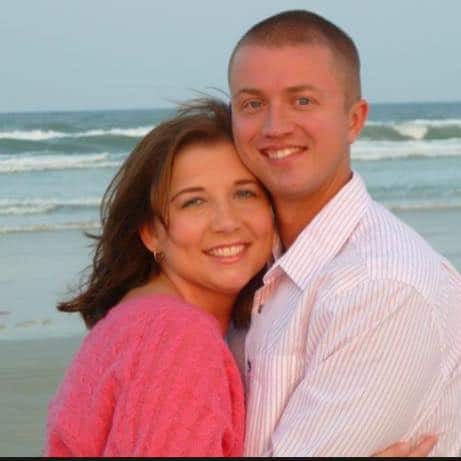 Ashley soon became pregnant and at first everything seemed fine. But a few weeks into the pregnancy she noticed a swelling on the side of her neck. She thought it had something to do with her lymph nodes, so she went to an ear-nose-throat specialist. The doctor prescribed some medication and initially it seemed to help and the lump got smaller. A short time later, however, it began growing again. Ashley went back on the medication again. This cycle continued until the 32nd week of pregnancy.

At this point the lump was growing uncontrollably. Ashley was scared and asked her doctor to perform a biopsy. The result was a nightmare: Ashley had cancer. But the strange thing was that no one could identify what kind of cancer it was. Specialists from all over the country examined the lump and could only agree on one thing: it was definitely malignant. They concluded that it was probably caused by hormonal factors, but none of them could say exactly what type of cancer Ashley had.

Nevertheless, Ashley began treatment. Not long after that, in the 33rd week of pregnancy, she gave birth to her son Harley on November 17, 2007. Fortunately, despite being premature, little Harley was in perfect health. 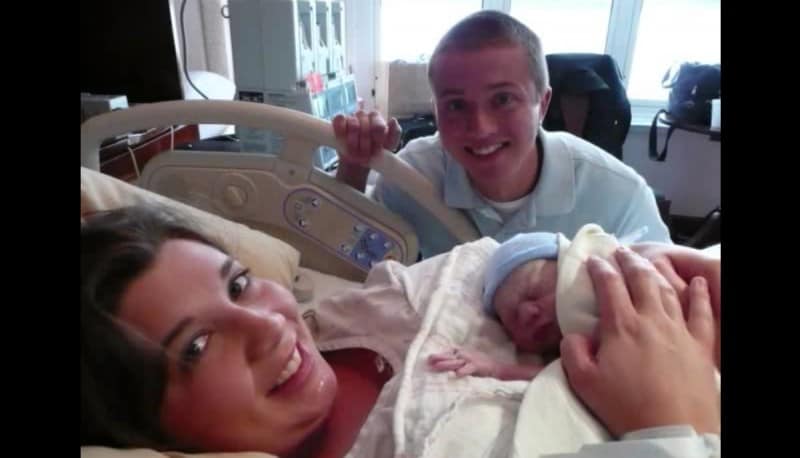 Four days later Ashley underwent surgery to remove the tumor from her neck. But after the operation an examination showed that the cancer had spread to her brain, lungs and liver. Ashley had Stage 4 cancer, which in most cases means that it is too far advanced for treatment to be effective. The brain tumor was directly behind her optic nerve and couldn’t be surgically removed. As it grew, Ashley lost sight in her right eye. 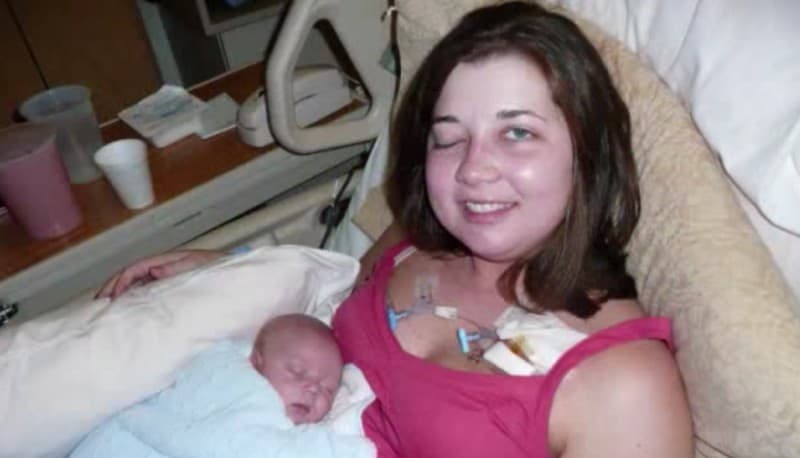 Ashley battled through the torturous chemotherapy and radiation treatments, but after a month it looked like it was all in vain: the tumors weren’t only continuing to grow, they were actually multiplying! There were actually so many that the doctors couldn’t even count all of them. All they could do was make some adjustments to Ashley’s chemotherapy treatment and hope for a miracle. 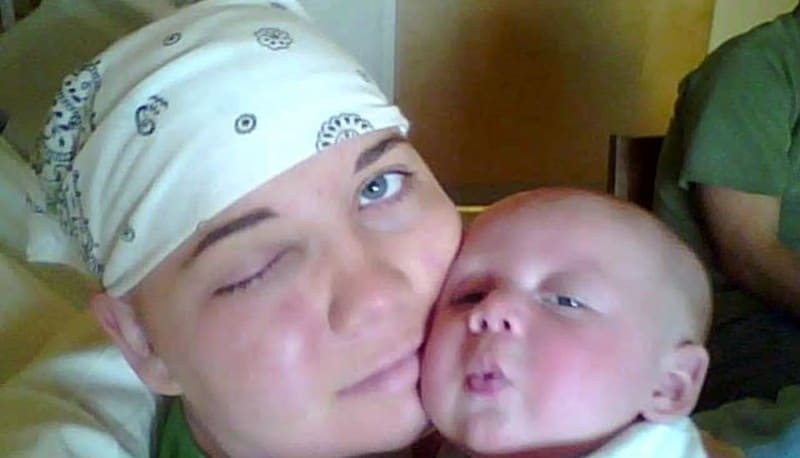 Ashley and David prepared for the worst. They began making videos and taking lots of pictures so that Harley would at least have something to remember his mother by. At the next examination, the young couple expected to get more bad news, but they got a big surprise instead. Ashley’s physician, Dr. Debra Miller, couldn’t hide her joy as she told them that the latest test results showed that there was no sign of cancer in Ashley’s body. 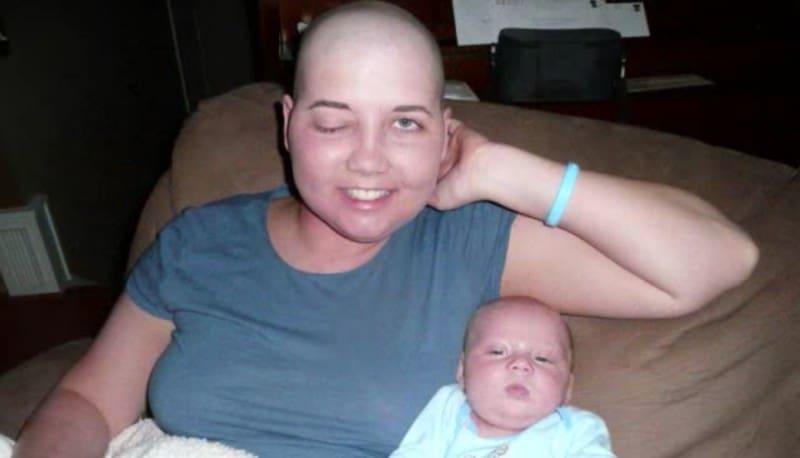 Ashley was so taken aback by the news that she didn’t know what to say to her doctor. “Theoretically, with stage 4 cancer, you’re not curable… After her first round of treatment, more disease was found in her lungs, and she was retreated. After that, she’s been disease free… it’s nothing short of miraculous,” commented Dr. Miller.

Ashley decided to continue her chemotherapy for another six months, just to be on the safe side. Every six weeks they performed a scan and every time they got the same results: Ashley had no signs of cancer in her body. Even the swelling in her eye began to go down 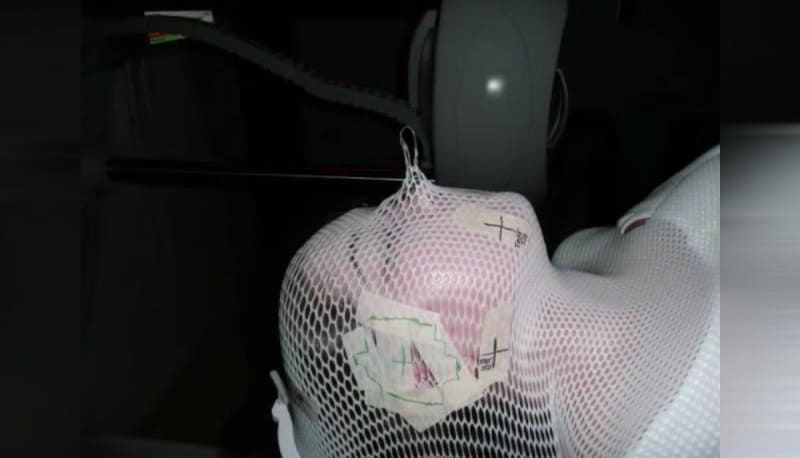 In July 2017, Ashley will celebrate nine years of cancer remission. Doctors have kept a close eye on her condition to make sure the cancer doesn’t come back, and so far it hasn’t 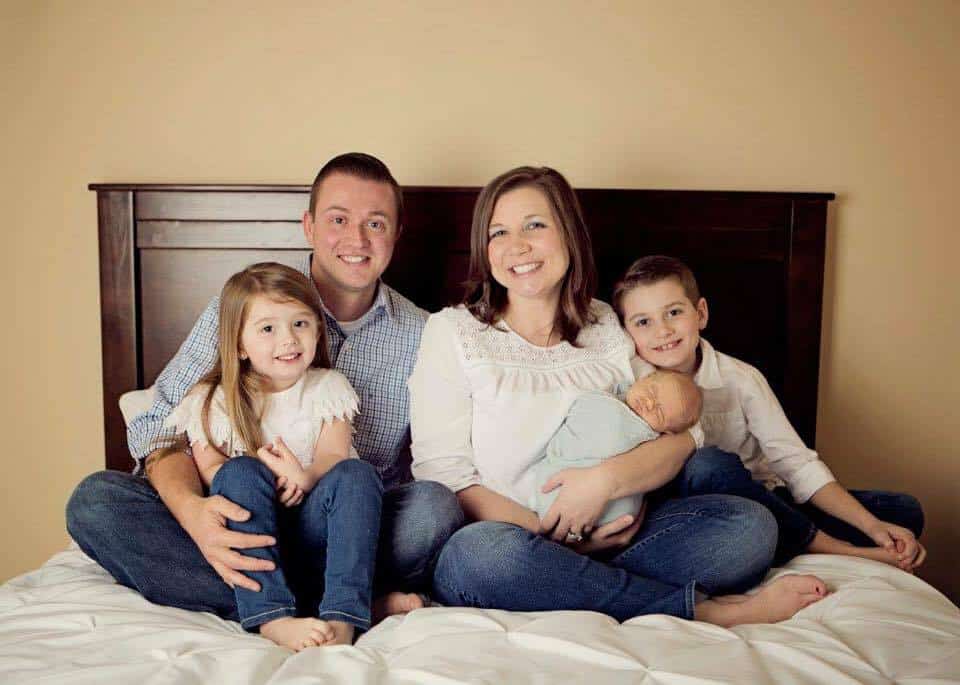 In the meantime, Ashley and David continued fulfilling their dream of a big family and now have two more children. They have a lot to be grateful for and they know it. 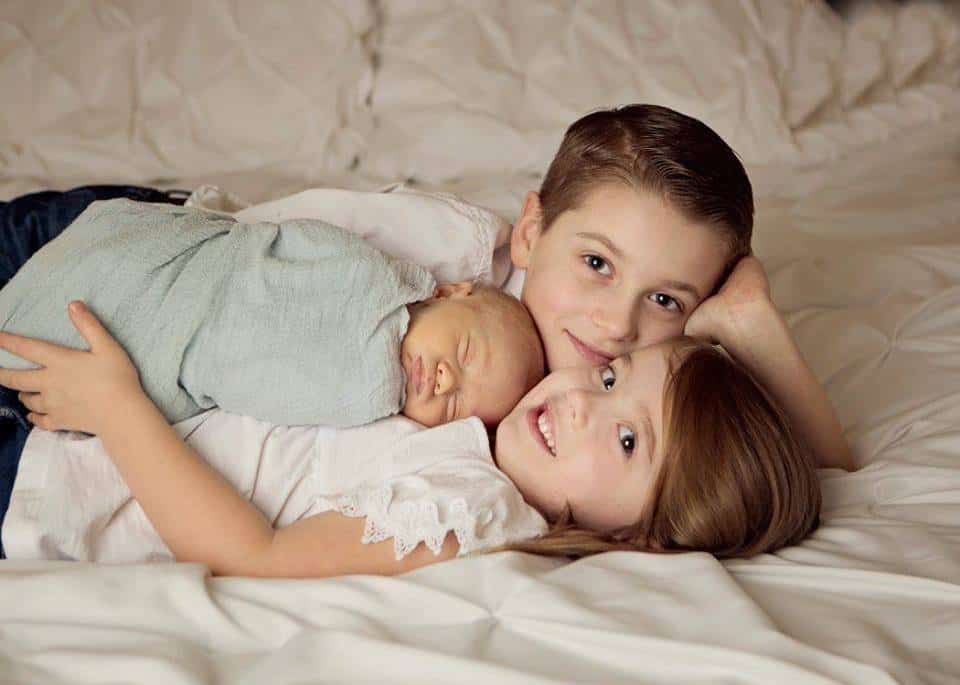 you can watch the whole story of Ashley’s battle with cancer in this video:

Harley and his siblings are happy, healthy kids who won’t have to rely on photos and videos to remember their mother. Ashley is right there with them, loving them with all her heart every day thanks to a miracle that spared her life.