A mother’s love knows no bounds. It doesn’t matter if the mom is human, winged or is furry with four legs, her love for her children is endless.

Such is the case with a stray momma cat named Dongsuk. The feral feline had been regularly fed by a compassionate woman from the neighborhood where Dongsuk routinely sought shelter. 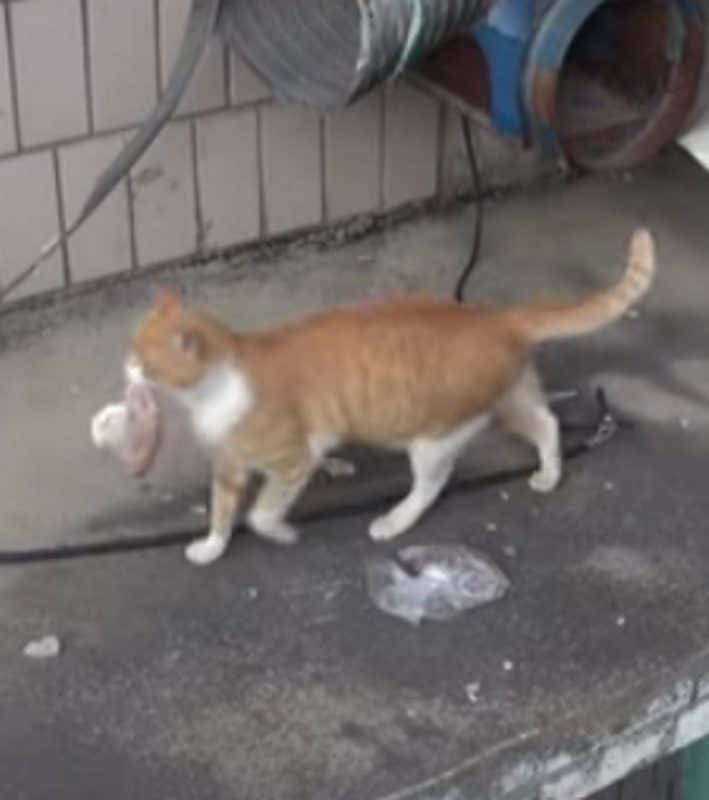 But in time, the woman noticed one odd thing about Dongsuk…

If she was given food on a plate, she would walk right by no matter how hungry she was. But if the food was in a plastic baggie, then Dongsuk would gratefully take the package and scamper off.

So every time the woman fed the local stray cats, she always made sure to have one special baggie created just for Dongsuk. But after a while, the woman’s curiosity piqued.

So one day, she decided to investigate and followed the cat.

Tags:1 Day They Follow Her And Quickly Understand, Stray Cat Refuses Food Unless It's In A Bag She Can Carry, They had no idea why she wouldn't eat in.