Martina Big was an average white woman when she used to work as an airline attendant but she always felt like out of place and that she is black from inside even when her skin color didn’t always approve this statement. 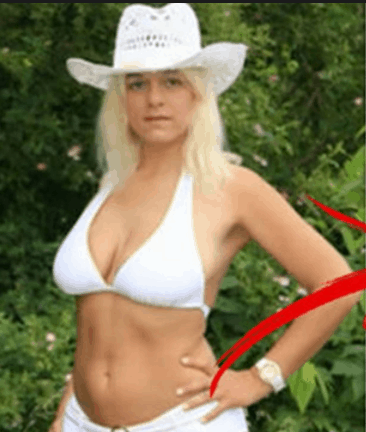 To convert her dream into reality, she invested $60,000 and enlarged her breasts to 32S and started tanning injections to get the crispy brown skin color she adores and identifies herself to. While talking to the host of The Maury Show, she publically said, “I’m black”.

This 28-years-old woman who thinks that she has the largest breasts in Europe was a born Caucasian but now, she identifies herself as a black woman after huge transformation. She thinks that it is better for her to be black because it feels better inside.

She further told during the show that she originally had the size 6 and she has upgraded it to 32S through investing her savings. More of, she has gone through powerful tanning treatment to change her physical color to crispy brown too. 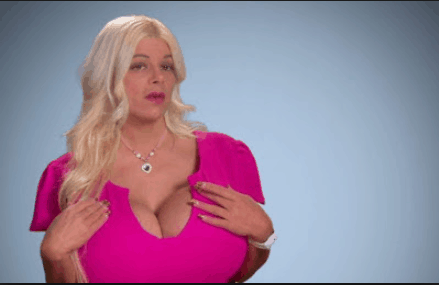 Originally belonged to Germany this 28-years-old told the world during The Maury Show that:

“I am black. That is my race. I can’t wait to go to Africa because I hear the food is tasty. It is better to be black, the feeling inside is just better.”

She further told that she closed the process her transformation with three melanin injections which changed her skin color in January and that she is only 80% black because she doesn’t know about their culture much. She has a lot to learn. Amazingly, her white husband also receives tanning injections and identifies himself as the medium.

During the show, she further stated that “I am the proud owner of black skin. If they start fading, I won’t feel less black. I will ask them for more.”

She was asked during the show if original black people take her choice as offensive? She answered saying that, “No, I don’t want to. I know some feel attacked but it’s not my intention. I do it for myself and only talk to people who want to talk with me about this.”

Back in 2012, when she started exploring surgeries, it was her boyfriend who encouraged her to go for it. He also advised her to become a model but she was not curvy enough for the position such as Pamela Anderson or Katie Perry. And that’s what made her save her money and invest it in her transformation.

“I wanted to look like a Barbie with long blonde hair and long legs but much bigger breasts. I look at Pamela Anderson and I want to look like her. I like her curves. I’m making myself a real-life Barbie.”

Not only these statements, she can also be seen in a video posing with a Hollywood sign in her skimpy dress saying that, ‘The last time I visited this with blonde hair and white skin. And now I’m black woman with African hair.”

However black women aren’t very happy with her decision.

One of them said, “I’m not pleased or supporting this mess. I’m black as you can see and I don’t think this is cool. It’s sad. It’s pitiful.”

Check out how she looks after her hugely dramatic transformation.