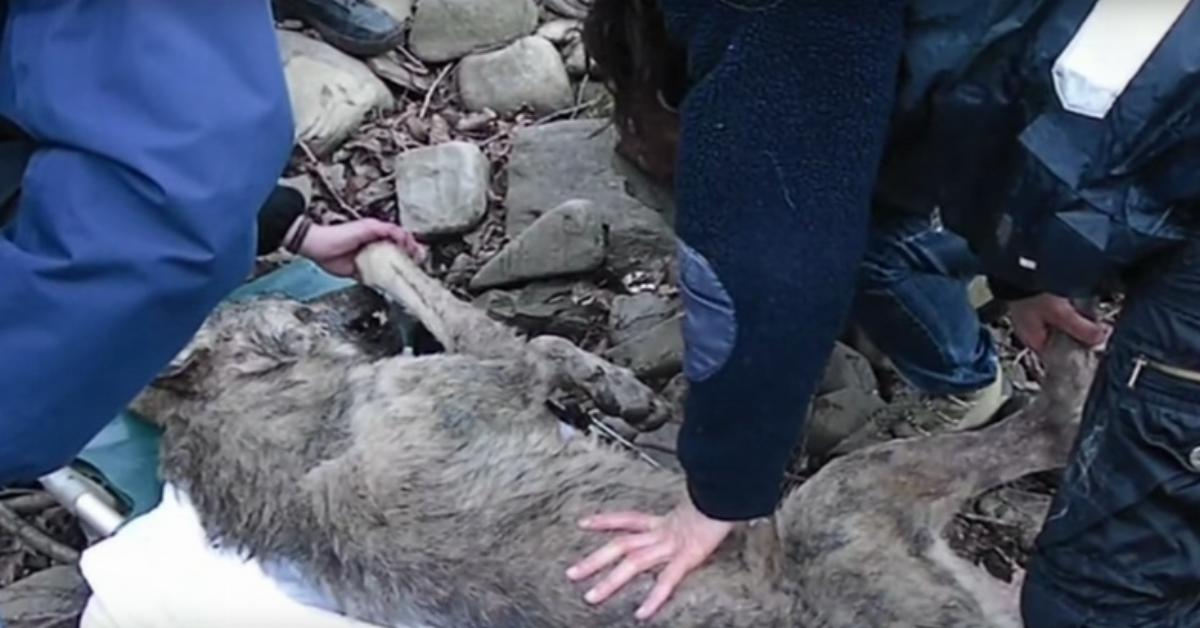 Animal protection workers near the Italian community of Camugnano made a terrible discovery. Standing in a cold river was a completely listless, freezing wolf. He couldn’t move his back legs and appeared to be injured. They knocked out the animal with a tranquilizer dart and then sloshed out into the river to get him. After resuscitating him, the workers named him “Navarre.”

Amazingly, they filmed the entire thing and it’s fascinating. How often to we get to see a wolf up close like that?

Seeing him gazing up at them trustingly when they feed him later is pretty moving.

They found 15 air rifle bullets in him. It was so lucky that they discovered him before he froze to death in the river. The rescuers took the time they needed to nurse him back to health until he was ready to be released back into the wild.