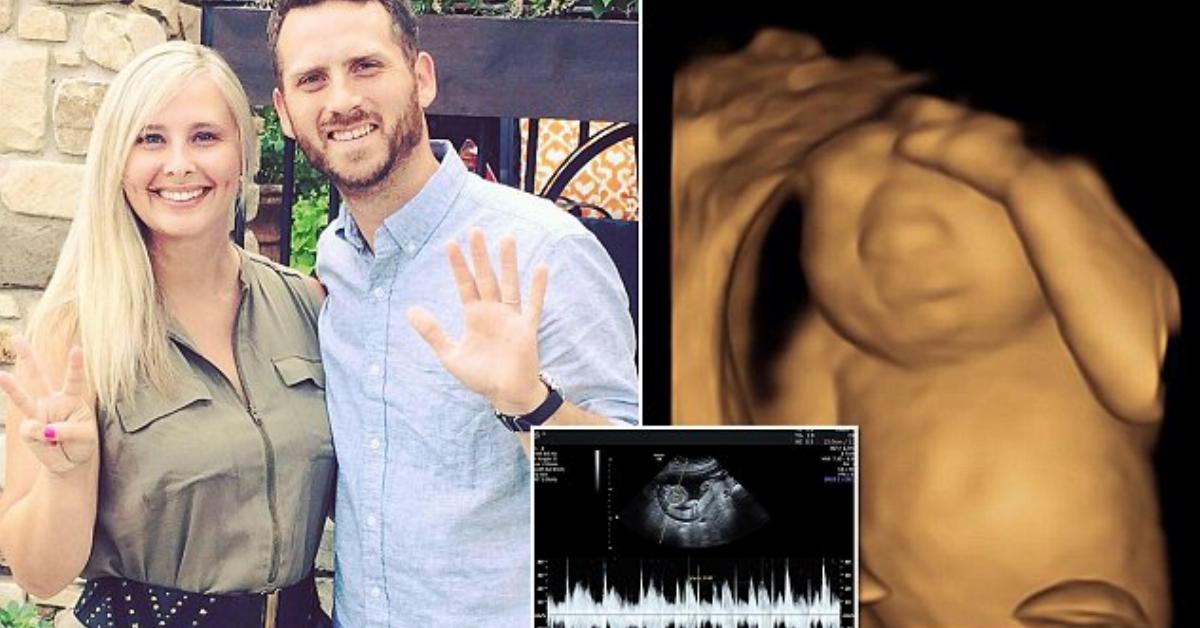 Keri and Royce Young from Oklahoma are a happily married couple and the proud parents of a two-year-old named Harrison. They’ve been dreaming about a second child for a while, so they were overjoyed when they found out that Keri was pregnant again. As the child in Keri’s womb grew, the couple began to prepare. When they found out that they were expecting a daughter, they began to think of names and decorate the nursery. Everything seemed to be going according to plan. But in the 20th week of pregnancy Keri’s doctor noticed something on the ultrasound.

In the blink of an eye, the young couple’s world was turned upside down. What the doctor saw led to only one horrible conclusion: their daughter would not survive long after birth. Despite having perfectly formed organs throughout her body, the baby suffered from anencephaly, a rare condition that causes deformities in the cranium and prevents the brain from developing properly.

Life expectancy for babies suffering from anencephaly is normally only a few hours. Keri had to choose between terminating the pregnancy or carrying her child to term. It was a tough decision, but for her the choice was clear.

Keri has decided to give birth to her daughter, which means she’ll have to carry her for another 20 weeks and bury her shortly after she is born. But she has a very good reason for doing this: she wants her daughter’s organs to be used to save the lives of others.

The Youngs decided to name their daughter Eva. And they’ve also decided to let everyone know what they are doing by chronicling the rest of the pregnancy on Facebook. It has been an extremely difficult time for the couple, but they’ve also learned more about each other. As Royce wrote in one Facebook post: “I was watching my beautiful wife sleep peacefully on the couch. I looked at her laying there, her belly big with our daughter kicking away, a daughter that won’t live more than a few days, and it just overwhelmed me of how incredible this woman is.”

Keri often has trouble sleeping and she and Royce have shed many tears. But they are keeping each other strong and have no regrets about the decision. They know that they’ve made the right choice.

Keri admits that she imagined it all very differently. She wanted a healthy daughter who would grow up, celebrate birthdays, go to school, become a teenager, meet boys… but Eva will never experience any of those things. And knowing this, Keri doesn’t even attempt to hide her grief and pain. It is amazing to see how Keri and Royce have faced the challenge and are doing all they can to make the best of the situation.

The Youngs are obviously a very special couple. They are making a huge sacrifice that will help to save many lives and are turning a tragedy into something positive. They have found hope in a place where many others would only see despair. And for that they deserve great admiration and respect.