An AMBER Alert has been issued for disappearance of four children from Manatee County. An alert of child abduction!

The law enforcement is considering the misplacement of children on a serious note, subsequently issuing an alert around the County. On September 15, they showed up with their mother, Jaima Gadeaun at home, a 40 years old lady 5’ 7” tall with a weight of 160 pounds. She has a criminal record and she is wanted by police in many cases, especially in murder. The police department has issued physical appearance of all children that can help people to spot them if found. 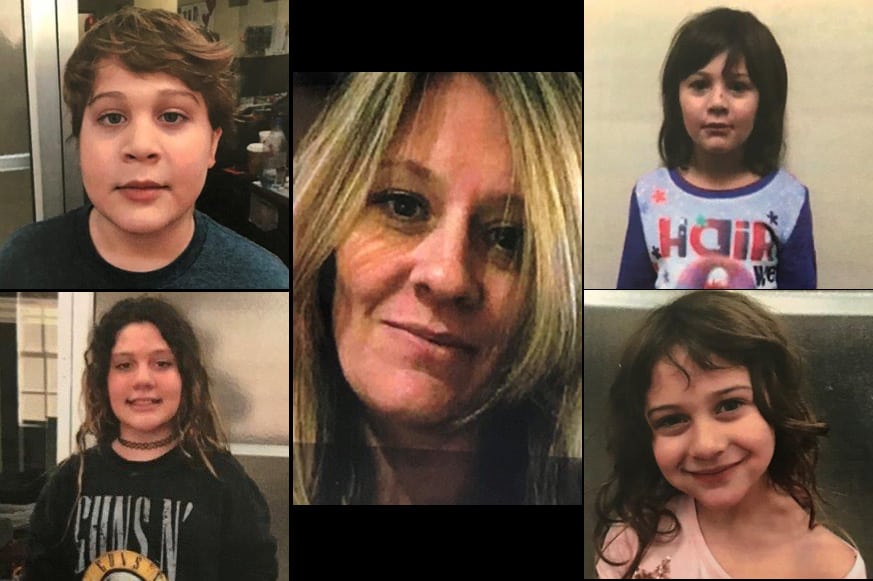 The police further stated that children were living under the custody of their grandmother at 5100 blocks of 15th Street Court in Bradenton while the mother, Jaime, has only visitation rights with whom the children were last seen. At the moment, grandmother thought that they might go with their mother all of sudden. 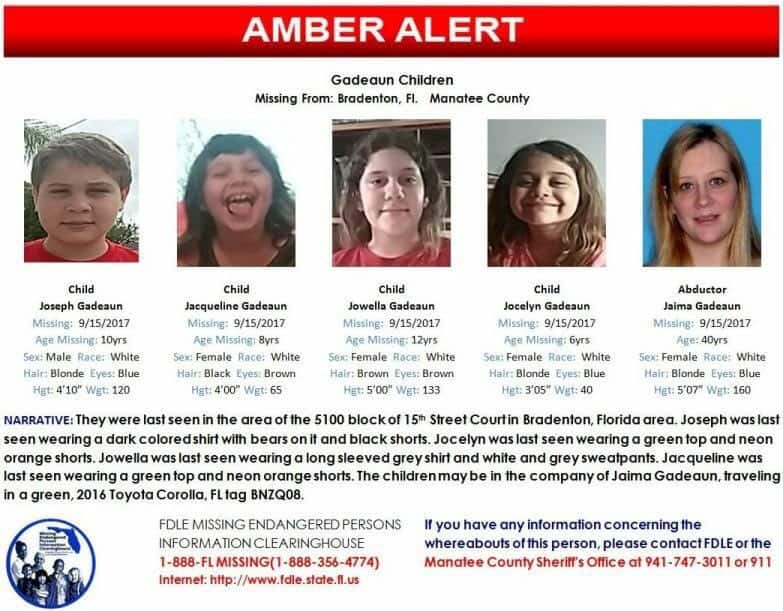 The spokesperson of local police has publicized the details of a vehicle, coloured dark green Toyota Corolla, Florida tag BNZQ08, suspiciously under their use. The police seem still doubtful about their location, whether they are in state or drive away from the states.