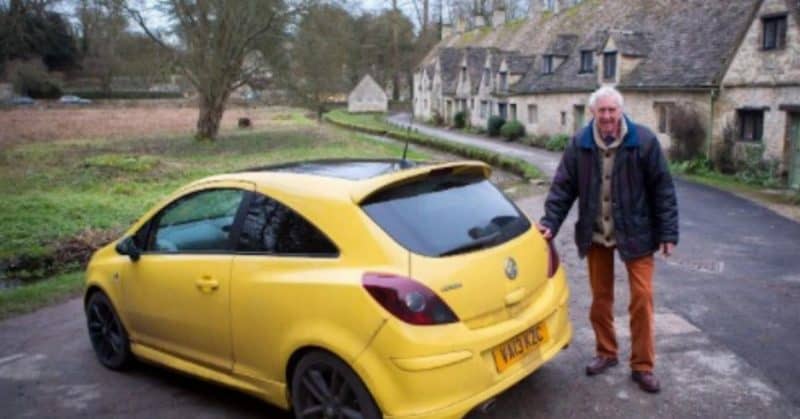 The village of Bibury, set among the green hills of Gloucestershire, dates back to the 17th century and is one of the most beautiful localities in Great Britain. When his wife died 15 years ago, Peter Maddox decided it was time for a change and moved to this idyllic location to start a new life. He never would have expected the greeting he received. Some of the locals were hostile towards him for one very superficial reason: his car. They found Peter’s bright yellow automobile to be an eyesore that clashed with the picturesque surroundings. Hostility even