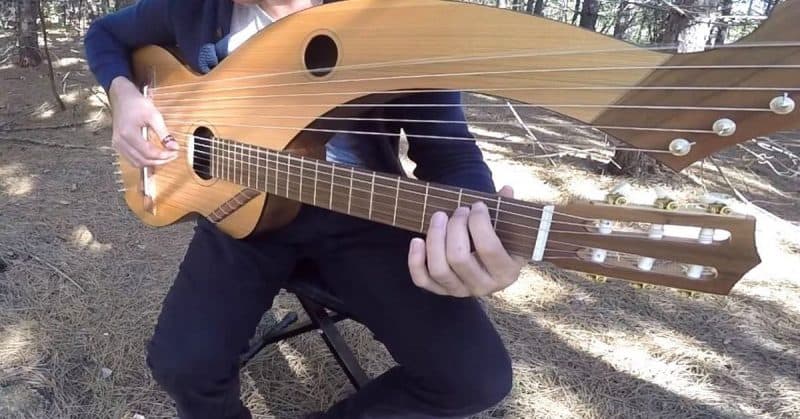 A man named Jamie Dupuis’ cover of Simon & Garfunkel’s “The Sound of Silence” is both captivating and haunting. Jamie, a guitarist and composer from Canada, plays the song on an 18-string harp guitar, and it’s getting a lot of attention for its mesmerizing melody.

“OH! This is so-o beautiful. Thank You for playing such a great song so well and sharing it here. I’d never heard of such an instrument.” 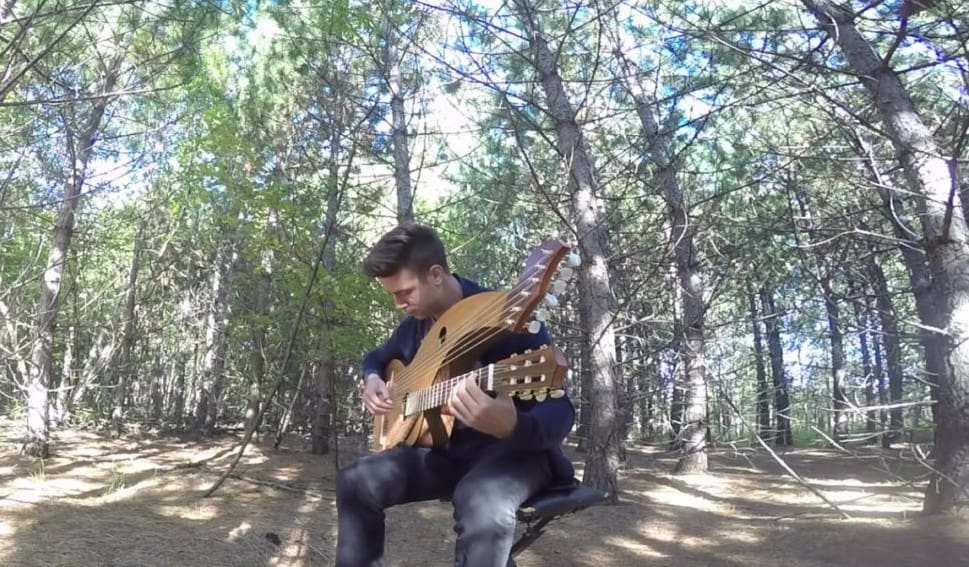 A harped guitar is distinctive due to the addition of one or more plucked strings that float on top of the instrument. It creates a beautiful sound, especially when strummed softly like Jamie does in the video. On top of that, his choice of song couldn’t be more fitting, especially as he sits in the midst of a peaceful forest.

Paul Simon and Art Garfunkel recorded “The Sound of Silence” in 1964, and it hit number one on the Billboard Hot 100. Paul wrote the song when he was just 21-years-old.

To this day, “The Sound of Silence” still remains an all-time favorite for music lovers, and with the passing years – gathers new generations of fans. 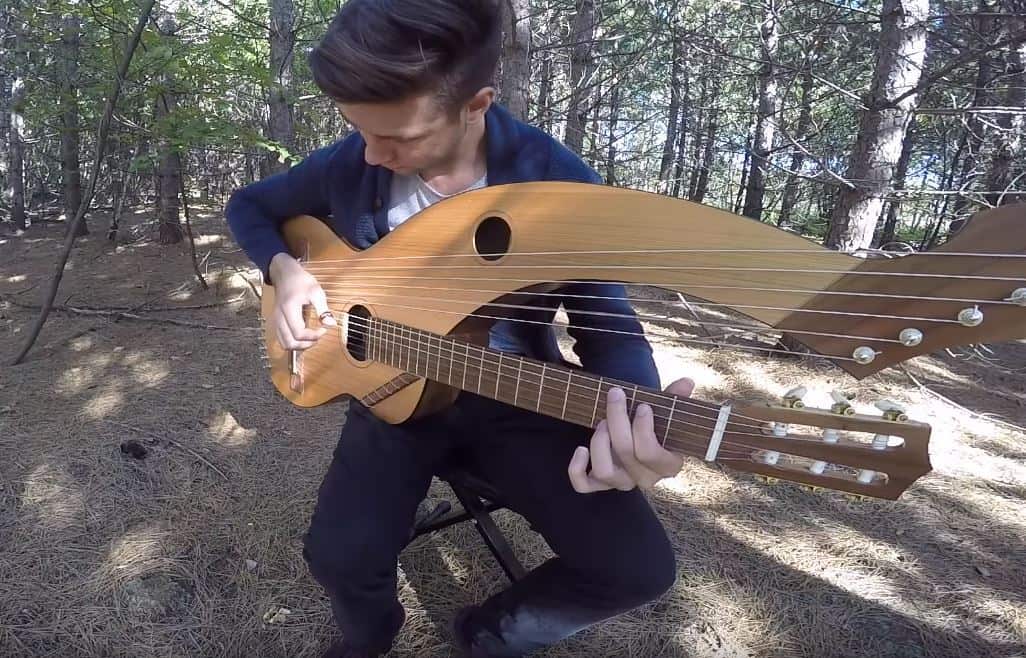 Although Jamie doesn’t sing the lyrics, hearing the calming tune played on his harp guitar is enough to capture you in the moment. Even without his voice, it’s easy to repeat the lyrics in your head…

I’ve come to talk with you again,

Because a vision softly creeping,

Left its seeds while I was sleeping,

And the vision that was planted in my brain

Within the sound of silence” 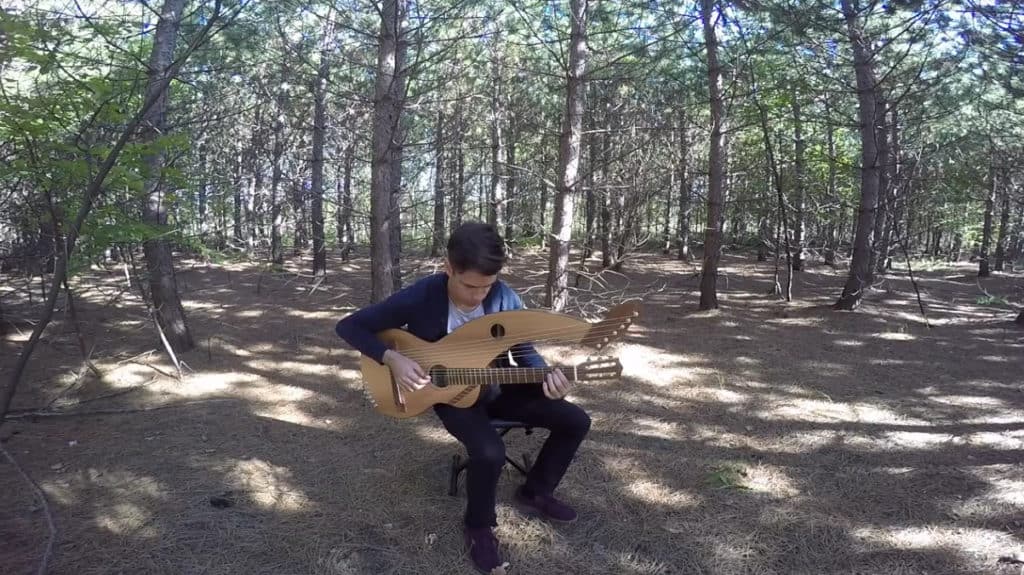 “The Sound of Silence” isn’t the only song Jamie plays on his harped guitar.  He has posted several videos of himself playing tracks such as “The Unforgiven” by Metallica, “Comfortably Numb” by Pink Floyd, and “Behind Blue Eyes” by The Who.

With all of the positive feedback Jamie has received, it’s apparent that he’s making a name for himself with his extraordinary talent.

Watch the video of Jamie’s hypnotizing interpretation of “The Sound of Silence” below: