Travelling is a dream, may be a passion, let me say it is a commitment to adventure you do fulfil. Traveling haunt people and cast a spell on memories especially to those who love to visit natural places and spend some quality time with their beloved. People do visit far off places but yes they do face a variety of difficulties such as expensive hoteling, unhygienic food and sometimes your camping dream ride you away from such intrications and you reach a far away silent dark site. What people usually do, burn fire by gathering sticks, establish camps on the ground for sleeping but salute to those who found a wonderful solution to those problems. Mobile homes are built on cars you can move with wherever you want, cook inside your home on the car and sleep in the bed too. Let’s have a look over it 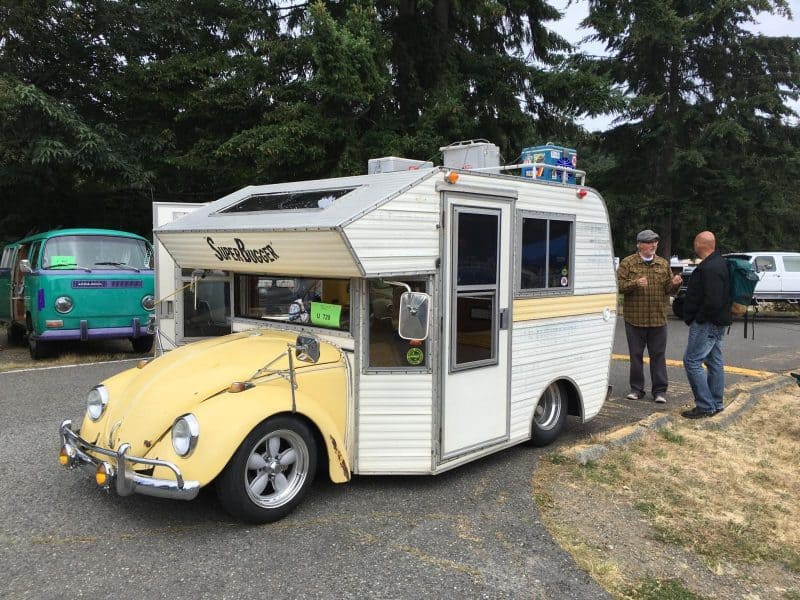 Volkswagens are generally associated with little beetles, an insect with its round tip shape. In early 20th century, beetle shaped cars were introduced while later on, people started transforming these little bugs into super bugs. The hybrid vehicles or RVs were used for trips across the country when people started constructing big bodies on small bug shaped motors.

It is to be noted that the first VW beetle was constructed in 1930 and the brainchild of that beetle is supper motor which was constructed in 1975 and widely used in states for a small family or couple trips. The price of the trip motor was $6000 in 1975, $32,000 of today