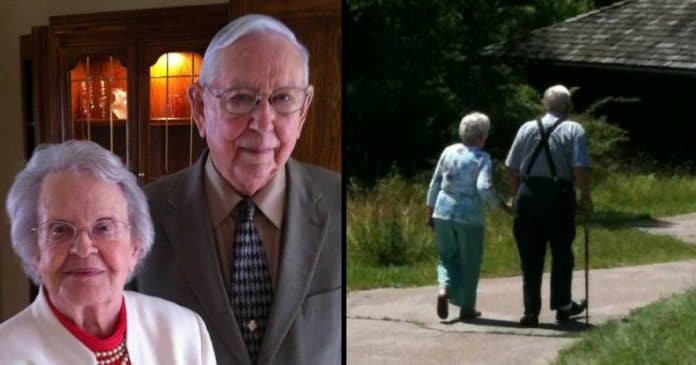 All love is special, but sometimes you hear a story of a love so incredible it just takes your breath away. Such is the story of the love shared by Raymond and Velva Breuer.

The couple was together pretty much their entire lives. They grew up in the same town, went to the same one-room primary school, and graduated from the same high school.

Raymond was smitten with Velva from the start, though he had a little trouble showing her at first. At a celebration of their 77th anniversary in January, Raymond told a reporter that in fourth grade he tried to get Velma’s attention by sticking her with a poker from the fireplace of their schoolhouse. He didn’t realize it was hot and it left her with a scar that she carried for the rest of her life.

Despite the rocky start, in 1940 they were finally married.

“She married me to get even with me,” Raymond joked. 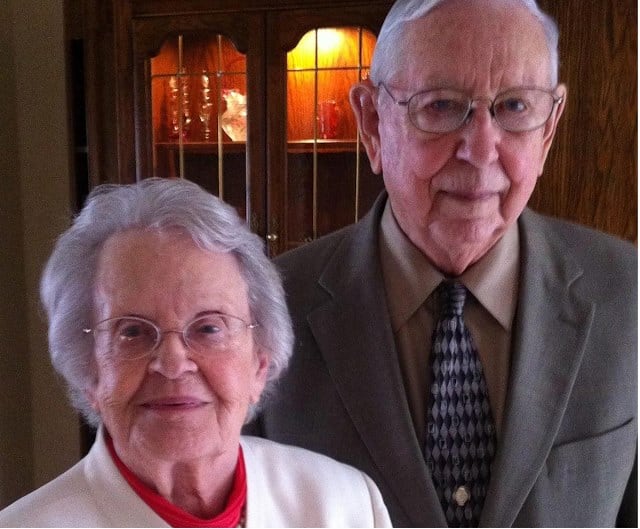 The Breuers happily spent the rest of their lives side-by-side, raising six children together – four boys and two girls. Over the years they also welcomed 18 grandchildren and so many great- and great-great-grandchildren that no one in the family has an accurate count of how many there are!

Though their lives may not have made newspapers or magazines, everyone who knew them was struck by the love they had for each other, their family, and for God.

“They would always hold hands and sit in the front-row pews of the church,” said Missouri State Representative Cheri Reisch, who knew the couple well. “They never left each other’s side. It was true love.”

While both of their minds stayed sharp as they entered their 90s – something their children attribute to the fact that both were avid readers – they bodies started to decline. They moved into Boone Landing Retirement Community where Raymond held weekly Bible studies and slept on a cot next to Velma’s bed so they never had to be apart. He even joked that they should be buried together. 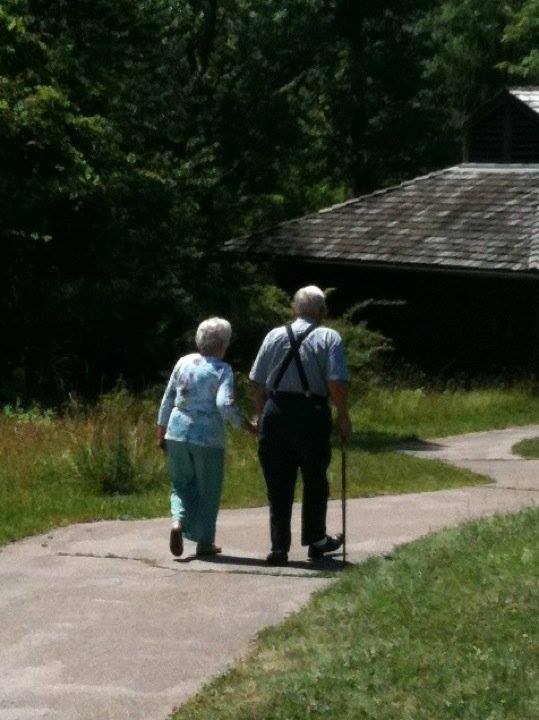 “Dad told one of the nurses before he passed, that if they went close together, that they should just be buried together, in the same casket,” their son, Bobby Breuer, said.

Little did he know that little joke would foreshadow things to come. On August 4, as he held his bride’s hand, Raymond passed away peacefully to eternity. Just 30 hours later, Velma joined him. Raymond was 97 and Velma was 96.

“[O]ther people heard it and we asked the funeral director,” Bobby said. “Mother was a very small woman, and Dad wasn’t that big.”

At the funeral, the pair was placed side-by-side in the same coffin, their hands intertwined.

While their family is heartbroken to say goodbye, they know this is exactly how Raymond and Velma would have wanted it. They spent almost a century living and working together; how appropriate that they should spend all of eternity together as well.

Were you touched by this sweet story of love? So share this!