An Idaho man was sentenced to 27 years in prison after starving and abusing his infant son.

Judge George Southworth called Isaac Hernandez’s actions among “the saddest and worst” cases of child abuse he had ever seen in 30 years of practicing law, WCNC reported. 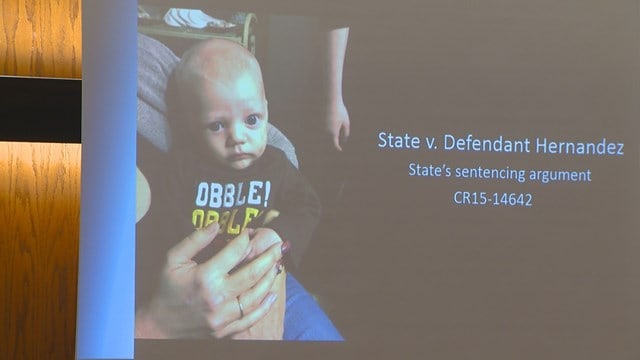 The court heard prosecutor Erica Kallin provide details on the injuries Hernandez inflicted on his newborn child, Sylys. The injuries included 26 fractures to his ribs, two broken legs and a torn frenulum in his mouth, which was believed to have been caused by being punched in the face. The infant was also underfed, dehydrated and had visible bruises on his face, hands, wrists and penis.

Kallin said it was difficult to find any pictures where Sylys didn’t have a visible injury.

“In those three short months, we’re talking about a child who knew nothing but pain, suffering and hunger,” Kallin said.

Sylys’ mother gave birth to him in prison, according to Mad World News. She was serving time for a methamphetamine conviction, and the child was given to the father. Kallin said friends and family offered to help babysit or buy food and clothing for the child, but Hernandez always declined the offers.

Witnesses told investigators that Sylys was never seen smiling or laughing, and spent most of his days strapped into his car seat. They also said the child always appeared to have a bruise or injury.

In November 2014, an anonymous caller reported suspicions the child had been abused. Kallin said caseworkers ruled the report unfounded and closed the case without ever going to see Sylys. A month later, the baby was dead. 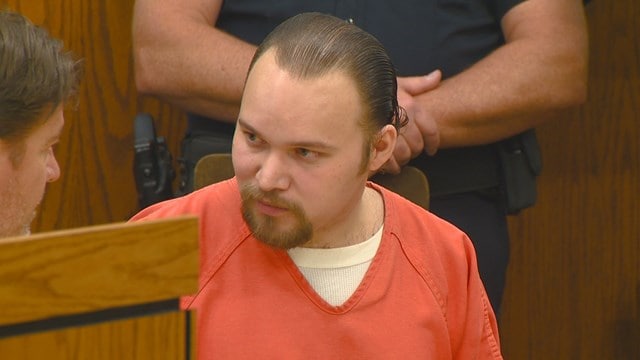 “Society demands justice in this case,” Kallin said. “We have a child who, because he’s passed, cannot be protected in the future. But he is somebody who can have justice, and his death isn’t meaningless.”

Hernandez was not charged with murder in the case. The coroner’s office could not determine whether Sylys died from manual suffocation, or sudden infant death syndrome. His cause of death remained listed as “undetermined.”

Hernandez pleaded guilty to three counts of felony injury to a child.

“It does not appear that that child had even a day of joy in his life,” Southworth said during sentencing. “I can conclude that this defendant was responsible for nearly three months of misery in this infant child’s life, misery and pain.”

Hernandez will not be eligible for parole until seven years into his 27-year sentence.

Tags:'Nothing but pain, Man Sentenced To 27 Years After Abusing Newborn (Photos), suffering and hunger:' Nampa man gets prison for 27 years