Filipino girl has been given a new lease of life who was severely disabled. Following years of being forced to beg on the streets because her mother sold her to a drugs gang.

In the Philippines, the little girl named Anabelle was beaten by her slavers to make her cry so as to evoke sympathy from passersby in Bacolod city on the northwest coast of Negros Island.

Seven years old Anabelle was finally rescued by a charity aged five, and a kind-hearted man made it his mission to pay for her to have surgery, 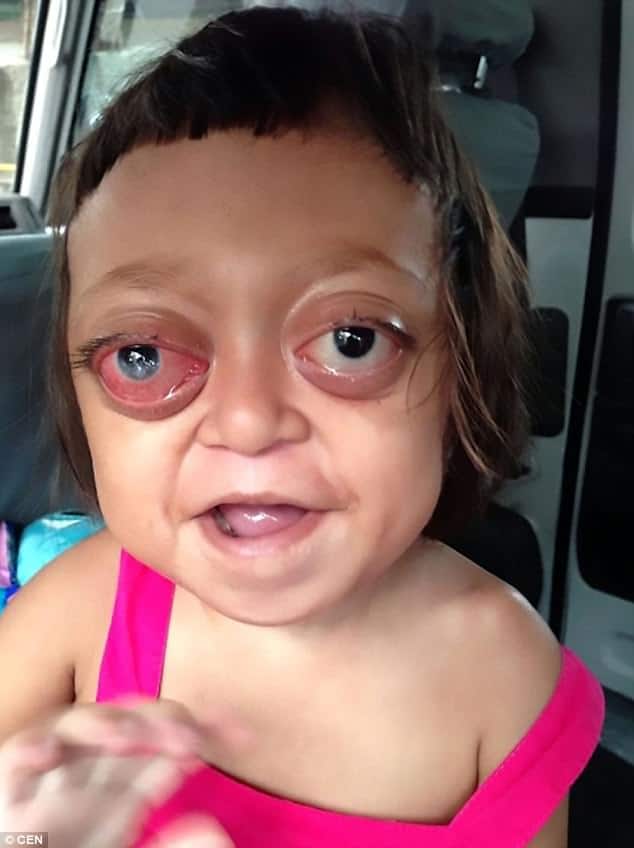 The Little girl suffers from the rare genetic condition Crouzen Syndrome that is also called congenital craniofacial dysostosis, causes premature fusion of the skull bones, leading to malformations of the face and characterized by bulging eyes. 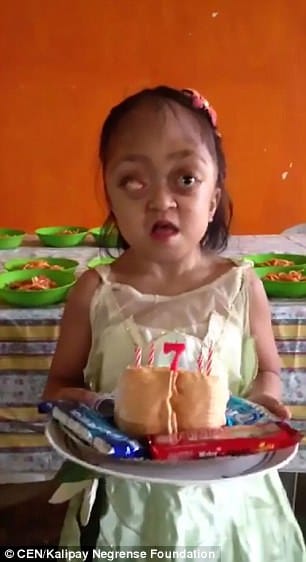 Annabelle mother could not care for her and her 6 siblings. She sold Annabelle to a drugs gang who took advantage of her appearance.

On the street, she was standing with a woman who pretended to be her mother and both would be beaten repeatedly by the gang before being sent out to beg for money. 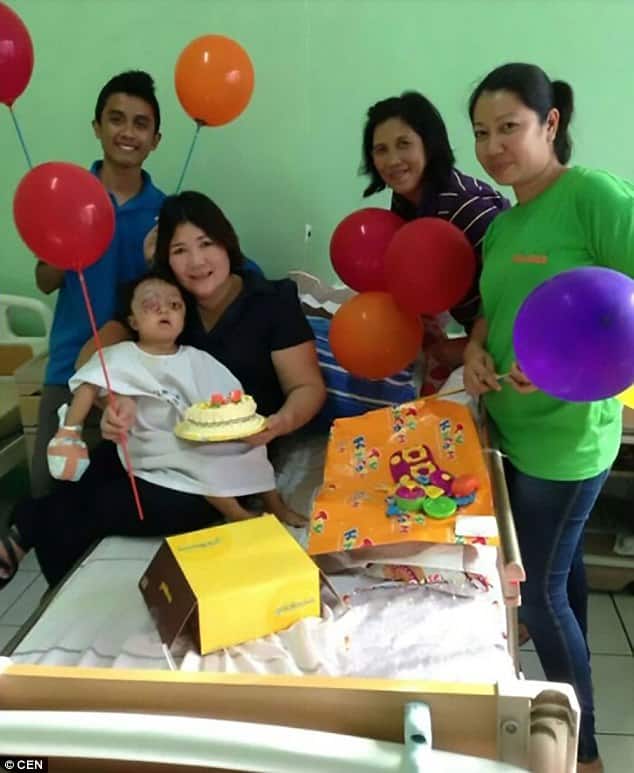 Both were moved from one city to another to prevent police from locating them.

Finally, she is taken in by Kalipay Negrense Foundation. It is an organization who rescues Filipino children caught up trafficking and exploitation.

This little girl story touched the heart of visiting person Gonzalo Erize from Argentina. He pledged his own savings and helped raised money for Anabelle to have surgery.
According to Mr. Erize,