The Gulliver family, from Britain, had traveled to Egypt for a vacation. Unfortunately, Mrs. Gulliver was hospitalized when she suffered a gallbladder infection. While she was in the hospital, her two children Sebastian, 9, and Madison, 7, stayed by her side. The mom was finally released, and she and her husband wanted to do something special to try and make up for lost time.

The hotel was offering guests henna tattoos -which are temporary and can be washed off. Normally, henna tattoos don’t leave permanent marks and are made up of natural ingredients – they thought it would be safe. 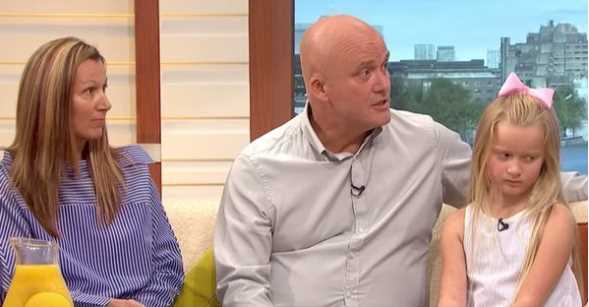 Sebastian and Madison were very happy with their henna tattoos until Sebastian starting to scratch this arm and they washed it off. Madison seemed fine, so they left hers on. When the family returned home to England, Madison’s tattoo started to bother her – not only that, but the skin around the tattoo was red! 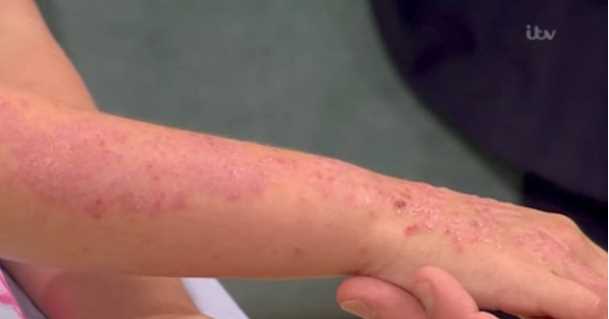 When they washed the tattoo off, they applied some soothing ointment. In the morning, Madison had big red blisters that were similar to burns! After doing research, the parents found out that the henna that had been used was black henna – which contains PPD (an ingredient found in hair dye). 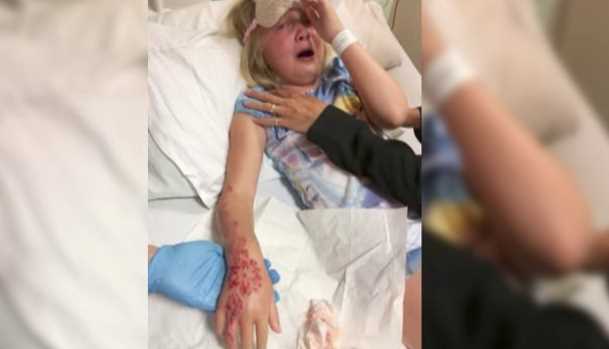 In the UK, PPD is not allowed because it can cause an allergic reaction in the skin – like the one Madison had experienced! Madison was treated at Salisbury District Hospital, and it will be a few years before her skin returns to normal.