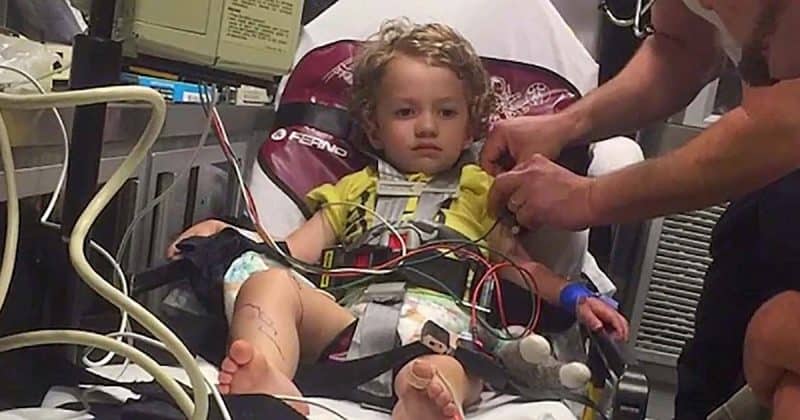 It’s a parent’s worst nightmare – your child has been bitten and you’re not exactly by what! But when you go to investigate further, you see a long, dangerous animal slithering away.

Unfortunately for Josh McClane and his son Judson, that’s exactly what happened!

Judson and his sister Jasmine were playing outside when suddenly he shrieked. Josh told KATV News that he heard his son yell, but didn’t think it was anything serious at first.

“I heard him yelp real loud.
I figured it was an ant or maybe a wasp.”

When Josh came outside to see what happened, he saw Judson on the ground with two gaping bite marks in his leg! 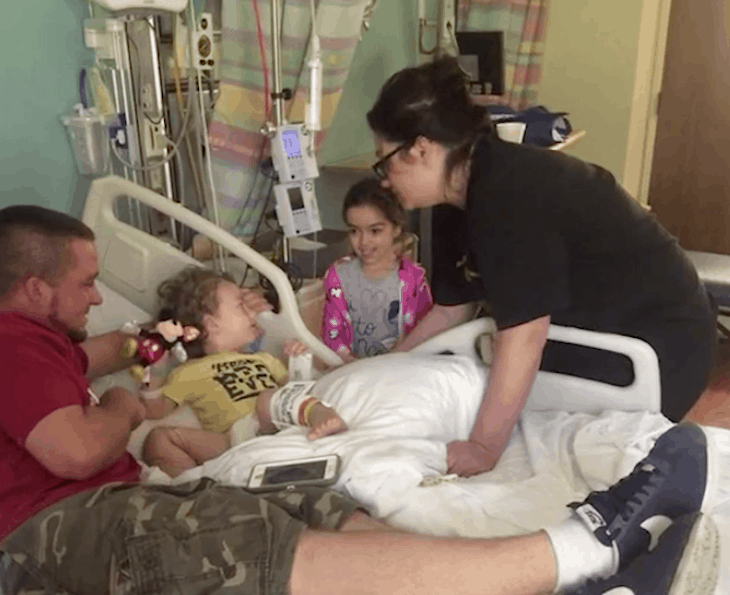 An enormous, venomous cottonmouth snake (more commonly referred to as a water moccasin) was hiding under one of Judson’s toy dump trucks and attacked the adorable three-year-old when he tried to play with it.

Josh rushed his son to the emergency room where they administered 16 vials of antivenom. Doctors were able to stop the spread of the venom before it took Judson’s life – now Josh is determined to spread the word about snake bites to as many parents as he can.

He spoke with KATV News about how he plans to protect his family in the future.

“I’m going to start picking up every evening.

I’ll go out and scout it out before we all come outside.”

Lamor Williams of the Little Rock Zoo told KATV News that the toy truck gave the snake a perfect place to curl up and relax.

“They like warm spaces…. If you are outside and you have things in your yard it’s a good idea to be careful when you turn things over.”

In addition to staying cautious about toys and items in the yard, it’s important to know how to keep snakes away from your home in the first place!

How To Keep Your Own Home Safe:

Snakes are attracted to a very particular type of environment. The more you follow these guidelines, the less likely a snake will pop up where you least expect it.

Think About Your Landscaping

Although watering your lawn frequently may look great, it’s also the perfect snake habitat. Wet places where they can soak in the sun is where you’ll find snakes in the warmer months! So, take a break from watering as often and you’ll be able to enjoy a snake-free yard!

In addition to keeping the water down to a minimum, consider trimming the excess brush and bushes around yard. This will give the snakes less of a place to hide, which means you’ll be able to spot them right away!

Get Rid Of Rodents

Snakes’ natural prey are small rodents like mice! Eliminating these pests can help get rid of snakes looking for their next meal!

Stay Away From Their Home

In addition to keeping them out of our space, we also need to be respectful of the snake’s habitat. While you’re taking in nature’s glory, be sure to keep an eye out for any potential snake hiding places! Cool, wet, cave-like areas and spots covered by wood are where snakes like to hide out.

Give Them A Warning

It may come as a surprise, but snakes have a terrible sense of smell. So instead of hoping they sense your presence when walking outdoors, try shouting. They can pick up on the vibrations your voice makes and there’s a chance they’ll slither out of the way! 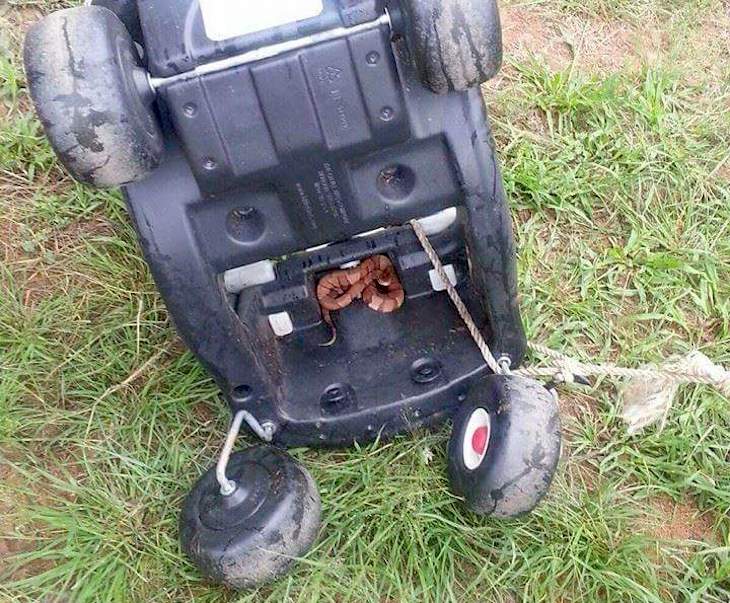 Learn more about Judson’s accident in the video below!

Be sure to pass this helpful information to your friends and loved ones so they can stay protected from dangerous snake bites!