Two Ohio police officers arrived at the wrong home while on the job and were shocked when they saw what was on the homeowner’s Christmas tree.

Ohio Going Blue shared the heartwarming story of the two officers’ visit to the home in a Facebook post.

“Partner and I accidentally went to the wrong address today on a run and stumbled across this beautiful tree,” one of the officers told the site. “The owner took the time to write down every Officer killed in the line of duty this year and place it on the tree. Not only did she do all the Humans but she included all the K9s on the small ornaments. She calls it the “Tree of Honor” guess our paths were meant to cross since she just finished it last night.” 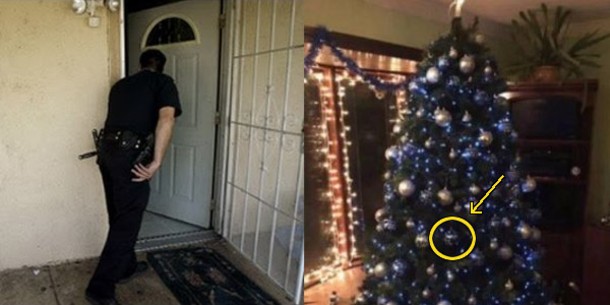 The anonymous officer included a picture of the tree, which displayed blue and silver ornaments — most of which included the names of officers killed in the line of duty.

Many readers applauded the homeowner for their tribute to fallen officers.

“Wow. That is one awesome woman. The tree is beautiful, but I think it has enough ornaments on it. Hoping she doesn’t have to add any more,” one commented on Ohio Going Blue’s Facebook page.

“Such a beautiful tribute it’s unfortunate we live in a world with so much hatred for law enforcement but seeing things like this tree makes be believe that they’re people in this world that do respect law enforcement,” another wrote. 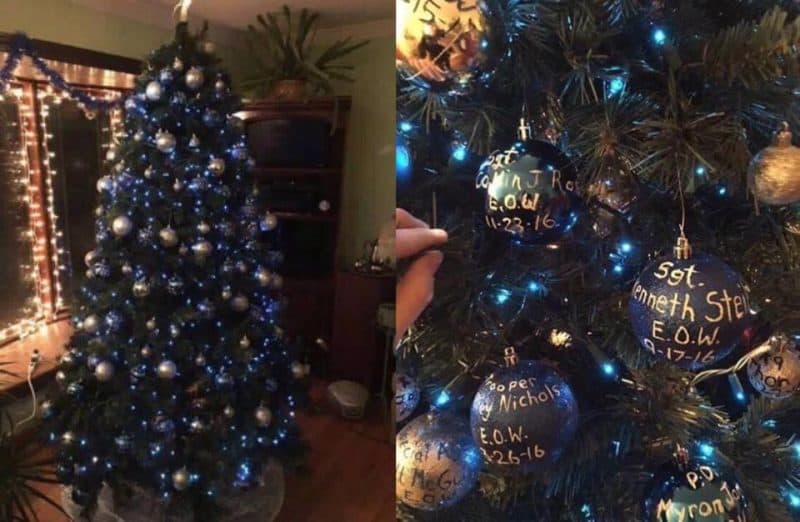 “What a wonderful, heartwarming story; this wonderful woman is representative of the love and thankfulness of many people in this world; we just don