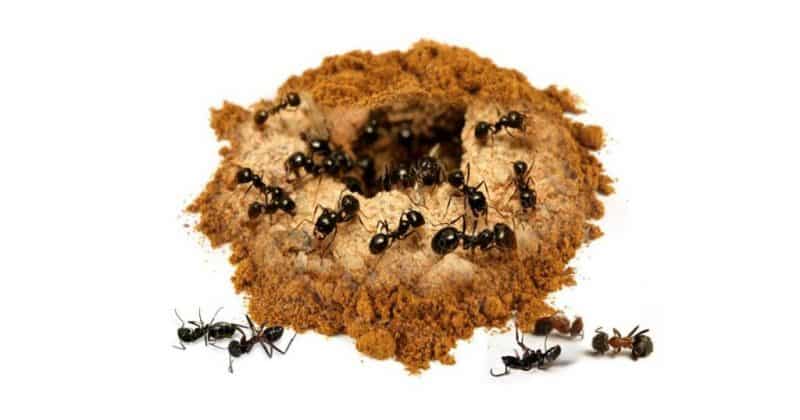 Many of us find ourselves with household problems, some of which include uninvited guests, such as ants. As harmless as they sound, they could range from just a few ants here and there to a full-blown infestation! And getting rid of them isn’t always such an easy business.

Sure, you can buy one of the many insect repellants sold on the market, but it’s not like there aren’t consequences there too. The chemicals contained in those products will drive the ants away, but they won’t leave you unaffected by them either.

Any living thing reacts to toxins in the air, whether it’s us humans or any animal you which you may be keeping as a pet. It won’t be as deadly to us as it is to the ants, but it can still cause nausea, headaches and even rashes.

Not to mention the fact that most of these “marvelous” products are anything but cheap. But we’ll let you in on a little secret, one that the manufacturers of these repellants would not want you to know at any cost.

There Is An Easier Way!

The far simpler, cheaper and healthier option is sitting right in your pantry as you are reading this. It is none other than cinnamon!

Other than its many wonderful properties revolving around your general and specific health needs, it is also an excellent solution to those pesky pests crawling around your living space.

Cinnamon can confuse ants due to the effect it has on their pheromone trails. Those are basically their primary source of communication between each other. They use these elaborate pheromone trails to guide one another to different spots using their distinctive scent.

And just in case you’re wondering why, if ants have such a distinct smell, and you have tons of them at home, how come you can’t sense anything?

Well, that’s just it. Humans aren’t able to detect the pheromone scent ants carry because it is so faint and it’s not meant to be detected by us. Ants on the other hands can easily pick up on it since they have a super sense of smell.

So, imagine just how strong cinnamon must smell to them if they can detect the scents that we can’t!

This can only throw them off track and make them confused, so once you sprinkle cinnamon, they won’t be hanging around anymore. And it’s not like cinnamon smells any bad, most Americans have been known to associate it with Christmas.

So, unlike with the repellants filled with chemicals that torture your nostrils, your nose will have something nice to smell in the meantime.

Nothing simpler. It’s as easy as it sounds. All you need to do is sprinkle some cinnamon in powder form at any part of your living area where you have seen, or even think you might have seen ants.

It is also always a good idea to pay special attention to garbage cans, windows, cracks, and doors.

It would be just as effective to take cinnamon essential oil, dab a Q-tip in it and draw a line across all your cracks and doorways. This alternative to powdered cinnamon is just as effective, so you are free to make your choice!