Spirit, an 8-years-old German shepherd survived the brutal attack of the history in Bucharest. The malicious man snapped her leg, removed her teeth, cut her tail and left her in the middle of the street to die. 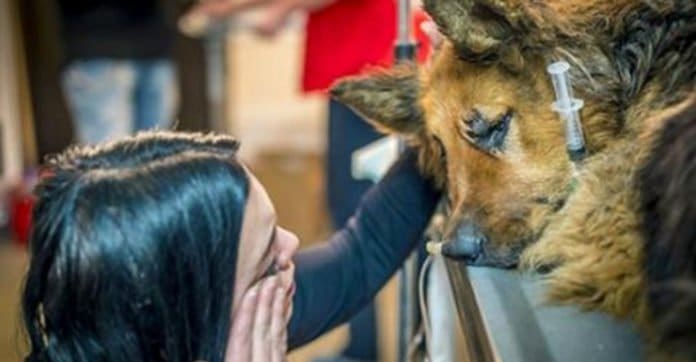 A Romanian rescuer who found spirit in the street lying miserably took her to vet and took necessary measures to save her.

However, the International Aid of the Protection and Welfare of Animals (IAPWA) states that she is doing fine now.

In addition to this merciless torture, the poor dog is reported to be sexually abused with a knife before setting up to death in the snow. 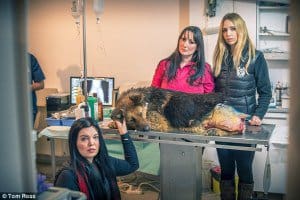 However, the man behind these vindictive activities, called Bucharest Butcher, has not been arrested or convicted yet.

It was a Romanian rescuer who habitually feeds the stray dogs in the neighborhood of Bucharest found Spirit lying lifelessly on snow catching her last breaths. Nevertheless, he managed to save her life and she will be transported to the Britain to start a new life as a pet dog.

The woman who first saw Spirit in the street told the TV presenter Anneka Svenska that she believes the poor dog was thrown there in plain sight ostensibly to warn people about feeding the stray animals. And that if people become a little more careful and responsible with their pets, there would never be something like stray animals.

Nonetheless, Spirit is in good spirit for now with healing wounds and recovering emotions and she is soon to be transferred to the Britain to start a new life.

But people over the internet are asking for the sudden punishment of the guilty who might have been bragging about his acts which are beyond justification.