Atlanta, a mother killed her one and two-year-old sons by cooking them alive in an oven and then sent the live footage of the incident to their father. 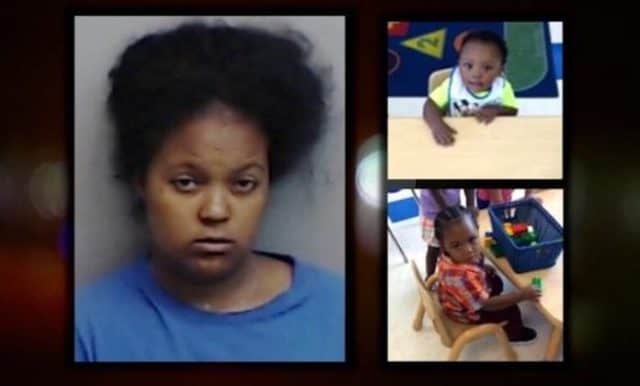 According to authorities of Atlanta,24-year-old Lamora Williams crammed the boys, 2-year-old Ke’Younte Penn and one-year-old Jakarta Williams in the oven sometime between midnight  Thursday and 11 pm Friday.

The arrest warrant claims the single mother of four kids killed the youngsters “by placing them in an oven and turning it on,” reported by police.

The official cause of death is pending.

Lamora Williams to make 1st court appearance at 11 a.m. Suspected of murdering her sons. @11AliveNews will be there https://t.co/vSHx6Swg5E pic.twitter.com/Yl4iIHrlSZ

Mother, called the boys’ father named Jameel Penn on Friday night to show him live video of the incident in which children were lying burned on the floor. The father called the 911 for help.

According to journal constitution, the grieving dad said “I ain’t got no, soul no more Ja’karter, Keyante, my world, my everything. I’m lost.”

Williams had been arrested on felony murder charges on Saturday and was held without bond in Fulton County jail.  After the investigation, she told police that she left the child in sitter’s care and she found the kids dead when she came home Friday night.

One relative told police that she suffered from an undiagnosed mental disorder.

Police said that her 6-year-old daughter was placed in family member’s care, but it’s not clear now that where her fourth child was.

She did not show up to her first court appearance that was on Monday.

Tags:Atlanta mother accused of fatally burning two kids in oven, Atlanta Woman killed Her two Sons By Cooking them Alive in an Oven, Mom accused of killing her babies by cooking them alive in oven