In 2014, World Health Organization reported that around 200 million people are taking dangerous levels of arsenic through drinking water throughout the world and majority among them are lived in southern Asian states like Bangladesh, India, Cambodia, Vietnam and Nepal. But now a new study has lead by Kathy Gannon and Katy Daigle in which they concluded that the 60 million people are facing serious problem of arsenic contaminated ground water in Pakistan, another south Asian country, mainly in Indus River Valley. 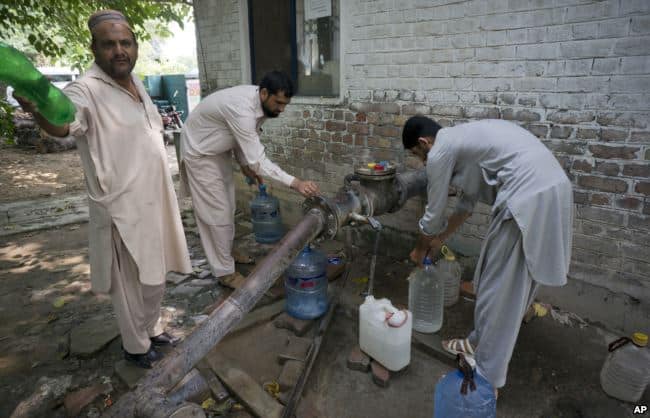 A study published in a magazine entitled Science Advances reveals that water from 1200 ground water pumps has been tested located throughout the country which concludes that only two third of the samples can fulfil the safety level of arsenic (10 micrograms) recommended by WHO. Arsenic in water is never safe and the report has revealed that arsenic is found 200 micrograms per litre in Indus valley which is alarming as water is poisonous enough to cause death. And that Pakistan enjoys higher threshold of standard level and the case is still alarming. Scientifically, the team used statistical modelling method to fix the environmental factors that comprise arsenic concentration.

It is to be noted that arsenic naturally occurs in the crust of the Earth and has no taste and smell that is why it is difficult for lay people to determine whether water is affected or not and its long term use can lead to severe consequences such as cancer, cardiovascular