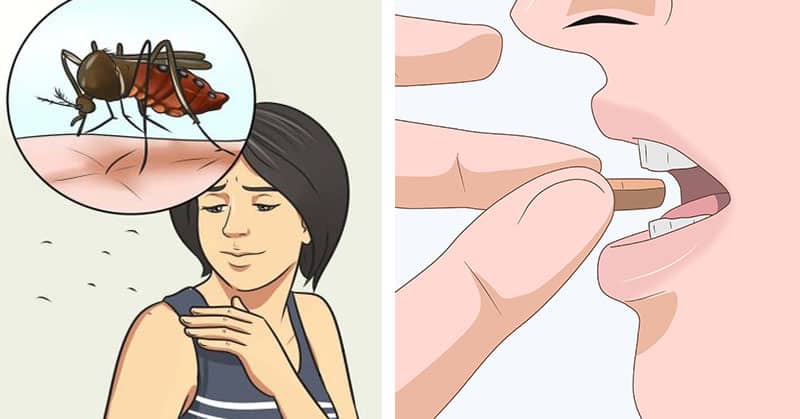 This year mosquitoes are in the news for all the wrong reasons. The pesky bugs are making headlines for their role in the developing health crisis surrounding the Zika virus which is spread primarily through mosquito bites. The disease is known to cause fevers, aches, painful joints, rashes, and pregnant women are being advised to avoid traveling to areas where infected mosquitoes have been found because Zika has been linked to birth defects.

t’s just the latest international health threat that’s directly related to skeeters and it’s all too familiar. Mosquitoes spread a slew of diseases that include West Nile Virus, malaria, dengue fever, encephalitis, and more. The best practice to avoid contracting any mosquito borne disease is to avoid them in the first place, but that’s basically impossible. They’re found everywhere on Earth except for Antarctica and if they want to bite you, they will, or die trying.

Since you can’t avoid them all together, the next best way to lessen the amount of bites is to repel them. Most people turn to bug sprays and insect repellents that contain DEET, a powerful chemical that can produce serious side effects in users. However, there’s a much safer and more natural way to avoid attracting mosquitoes to yourself and all it takes is vitamin B1.

thiamine, vitamin B1 has been used for years to repel mosquitoes. Many people swear that by taking a large dose of vitamin B1 daily they have been able to drastically reduce the average amount of mosquito bites they suffer from. It’s believed that thiamine alters how your sweat smells and makes you unattractive to mosquitoes who pick up on the change in body odor. Scent is what attracts mosquitoes to a person in the first place and the more appealing you smell, the more bites you’re likely to get. Since mosquitoes have excellent scent receptors in their antennae, they have the ability to easily sniff out any human within a 100 foot range, but not if you take thiamine and change how you smell!

The accompanying video from YouTube’s Shepherd School goes over one man’s experience and the results he found after trying thiamine to repel mosquitoes. Turns out, he was pleasantly surprised to find the vitamin supplements worked and he thoroughly explains all the information you need to know and the basics surrounding the use of them.

While some people have been quick to point out that there’s no scientific research or evidence that shows thiamine works, that doesn’t automatically mean it’s completely useless. Whether its effects are indeed placebo-induced or not, the fact remains that many people swear by vitamin B1 and take it daily to keep the bloodsuckers at bay. It won’t hurt to try because taking B1 is safe and any excess in the body simply gets passed through in urine. You’ll never know if it works for you unless you try it!