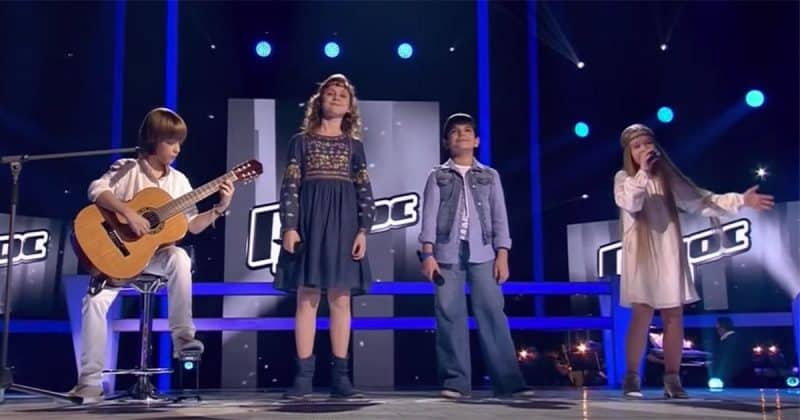 Not anyone can properly interpret Leonard Cohen’s immortal masterpiece “Hallelujah”. That’s what makes this next piece so fascinating.

Four children somehow manage to not just do the song justice, but elevate it to a level I’d never heard before.

The four children, named Artem, Julia, Marsel and Xenia, appeared on the Russian version of popular TV show The Voice and wowed the audience with a spectacular performance.

As soon as the little girl standing on the far right opens her mouth, the crowd goes silent. Her angelic voice gives instant goose bumps.

Then, just when you think it can’t get better, one after the other, the children prove that they are even stronger as four than they are independently.