Two thugs kidnapped a child bride in India because her father had already promised one of the men to gift her daughter.

The video is shot in the rural village in Rajasthan, India and displays the mother of the victim girl screaming in her attempts to save her daughter. While the men can be seen throwing the mother away and punching her ignoring the wails of her young son she is carrying.

As video shows, the bride tried to run away but one of the brutes caught her beating her with the stick.

The young boy who seemed a passerby tried to invade but he was too unable to stop the men who were pulling the girl from hair towards the tractor they took her on to go. 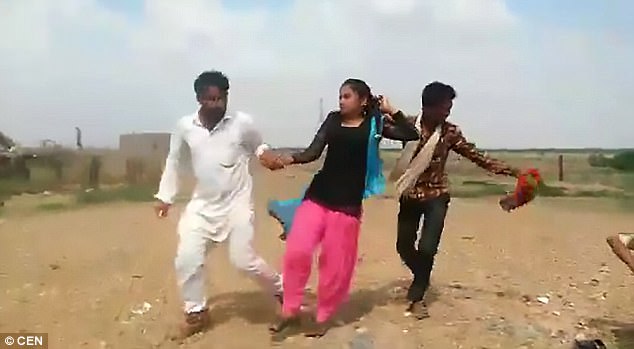 It is reported by the Indian Media that Aamad Khan, the girl