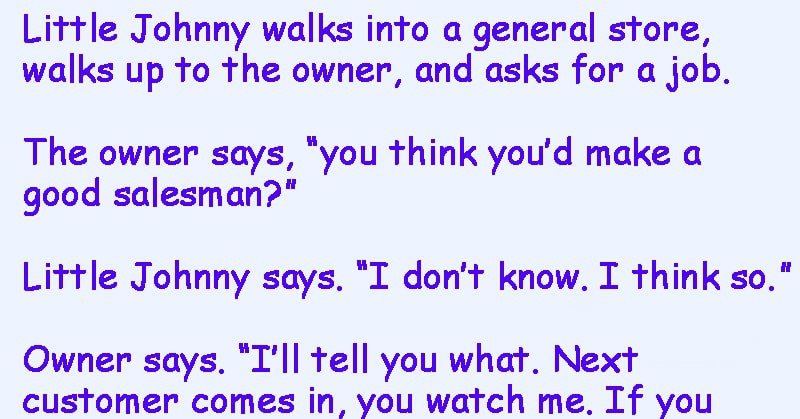 The owner says, “Do you think you are a good salesman?”

Little Johnny says, “I don’t know. I think so.”

The owner says, “I’ll tell you what. The next customer comes in, you watch me. If you think you can do what I’m doing, you’ve got a new job!”

A customer comes in a few minutes later.

The customer says, “Yes. I want to buy a bag of grass seed.”

“No problem,” Says the owner looking for a bag of grass seed. “Do you think you might want a lawnmower with that?”

“Yes,” Says the owner. “If you plant that grass seed, you’re gonna have a lot of grass to cut. You may also want to buy a lawnmower too.”

The customer thinks it’s a great idea and accepts.

The owner sells him the grass seeds and the lawnmower, and the customer leaves.

The owner turns to Little Johnny and says, “See that? That’s selling! The guy wanted some grass seeds and I sold him a lawnmower too! Do you think you can do that?”

Little Johnny says, “Yeah, he can do that.”

So the owner says, “Great. The next customer who comes in is yours. I will just stand here quietly and watch. We will see how you do. ”

A few minutes pass by and another customer enters.

Little Johnny says, “Can I help you?”

The customer says, “Yes. I want to buy a box of Tampax for my wife.”

READ  A Woman Walks Into The City Office

“No problem,” says Little Johnny as he reaches for the box of Tampax.

“Do you think you might want a lawnmower with that?”

“You’re not going to be doing anything else for the next 7 days, you might as well cut the grass!”

Hope this joke will make you smile! Have a nice day! 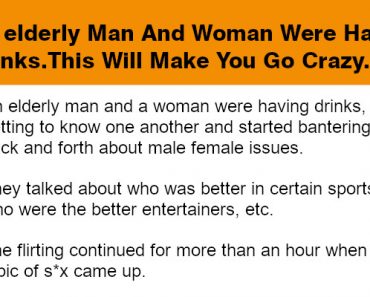 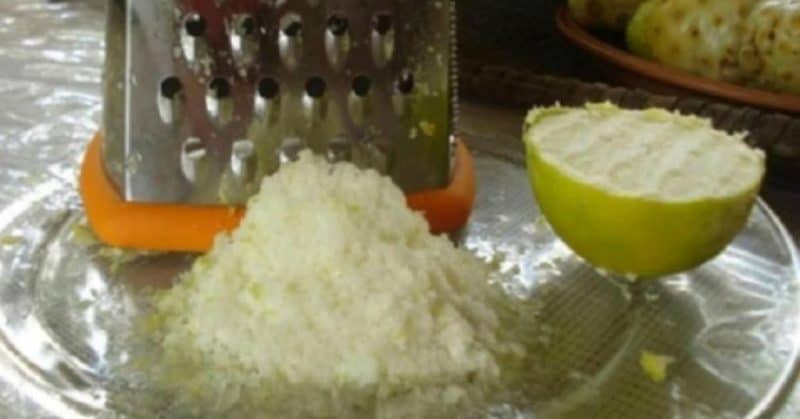 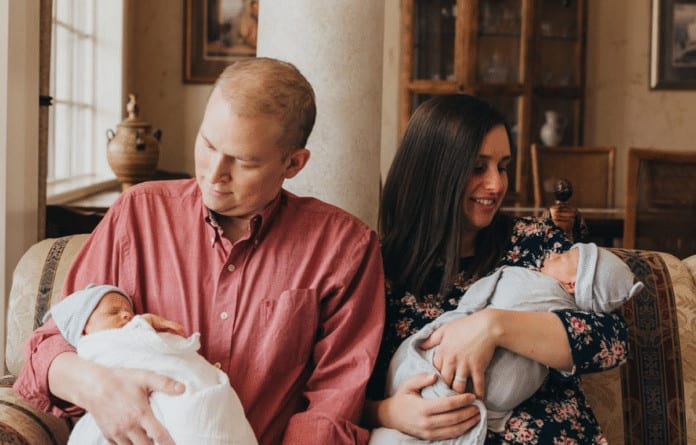