It’s incredible how emotionally sophisticated and sensitive dogs can be, particularly when they’re around children. Some parents are concerned about how their dogs and babies will connect, but dogs are usually both faithful defenders and gentle playmates for their young humans.

One incredible anecdote, in which an elderly dog surpassed his constraints to bravely rescue a toddler’s life, epitomizes this point.

Aurora, a three-year-old girl from Queensland, Australia, went missing in April 2018. The search was almost impossible due to the large and tough terrain.

“The area around the house is quite mountainous and is very inhospitable terrain to go walking in,” State Emergency Service area controller Ian Phipps told ABC. “The search was actually quite hard where the volunteers and the police were, amongst the very steep slopes full of lantana and other vegetation.”

Hours went by. As the day faded to night, the situation appeared to be hopeless. Aurora wasn’t equipped for the weather because it was cold and rainy.

But Aurora wasn’t alone after all: she was with her dog, Max, a 17-year-old blue heeler who is deaf and partially blind.

Max stayed at Aurora’s side all night, keeping her secure and warm while she slept.

Furthermore, Max rescued the day by informing the family of their whereabouts.

Aurora’s grandma, Leisa Bennett, heard her granddaughter’s scream from the top of the mountain and hurried over to her. She met Max along the way, who guided her to the correct site, saving her the trouble of scanning the area.

“When I heard her yell ‘Grammy’ I knew it was her,” Leisa said. “I shot up the mountain … and when I got to the top, the dog came to me and led me straight to her.”

Thankfully, they discovered her just in time before she experienced any serious health consequences as a result of the exposure.

“She’s a very hardy young lass to survive that without any ill effects and everyone, all the volunteers are extremely happy,” Ian Phipps told ABC.

It makes you question what would have happened if Max hadn’t been there to protect her overnight as well as divulge her whereabouts.

“It could have gone any of 100 ways, but she’s here, she’s alive, she’s well and it’s a great outcome for our family,” Leisa said.

Max stepped up to save the day despite his inability to hear or see clearly and was rightfully acclaimed as a hero. He was even given the title of honorary police dog by the Queensland Police Force.

SUCH A GOOD BOY, MAX! He stayed with his 3-year-old human who was lost near Warwick last night while we frantically searched for her. For keeping her safe, you’re now an honorary police dog. 🐶https://t.co/QiszGFP4gg via @ABCNews pic.twitter.com/xxRc6ndeaK

It serves as a reminder that dogs, even the elderly and handicapped, are capable of great feats. Thank you for saving the day, Max! 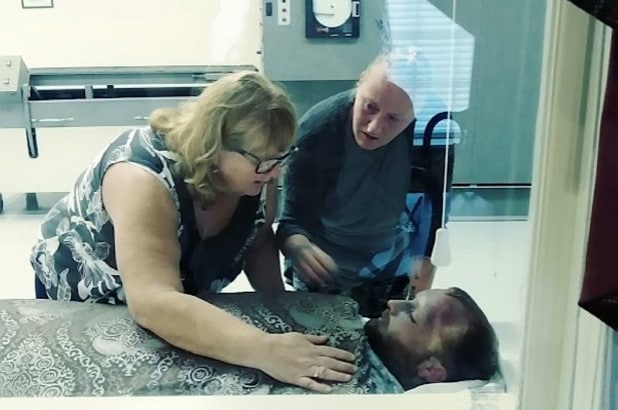