Mary Daniel hadn’t seen her husband for 114 days due to coronavirus restrictions at the senior care facility where he lives. So when she was told she could see him if she worked there as a dishwasher, she seized the opportunity.

Her husband, Steve, was diagnosed with Alzheimer’s seven years ago and moved into a care facility in Jacksonville, Florida, last July, Daniel told CBS News on Friday. “I put him in a memory care center and everything was going really, really well. He was thriving with all the people,” she said. “And in March, obviously everything changed.”

She said she had been visiting her husband every night and would get him ready for bed. But when the coronavirus pandemic hit, hospitals and other health facilities restricted visitors as a way to prevent the spread of COVID-19 to vulnerable patients. The facility closed to visitors on March 11 — the last time shel saw Steve as a visitor.

Not knowing how long the lockdown would last, she wanted to find a way to see her husband regularly, and decided to get creative. “Originally, I sent an email to the executive director saying, ‘OK, what do I need to do to get in there? Can I volunteer… can I bring a therapy dog? Can I get a job?'” Daniel told CBS News.

The facility didn’t know how long the restriction would last either, and didn’t take Daniel up on her offers at first. By the 16-week mark, she was becoming restless. She decided to take more action and began writing to local and state officials, urging them to end the isolation of patients in senior care facilities.

“We have separated these folks to save them, but we have separated them and it’s going to kill them. The isolation will absolutely kill them,” Daniel said. “Especially dementia patients, they need interaction. They need to be touched, their brain needs to be stimulated so that they can grow instead of just really wither away.”

She was worried about her husband spending so much time alone and said his behavior changed in quarantine. “He actually had an altercation with one of the other residents, and that’s an indicator of the stress,” she said. “I’ve never seen him get in an altercation with anyone.”

She was able to visit Steve twice during this time, standing outside of his room. But being separated by a window made him upset. “I think it’s worse when he sees me than when he doesn’t see me,” she said.

She decided not to visit her husband that way anymore, but said she was “desperate” to find another way to stay connected.

“Out of the blue, two weeks ago, the corporate office of his memory care center called me and said, ‘We’ve got a part-time job available, would you like to take it?'” Daniel said. She was willing to do any job they offered for the chance to get inside, and what they ended up giving her was a dishwashing position.

The job is allowing Daniel to see her husband regularly, and she’s grateful or it — especially since this week, Governor Ron DeSantis extended the state’s emergency order for 60 days, which also extends the visitor restrictions.

“It has been such an amazing blessing. I have seen him three times,” Daniel said. “I’m working two days a week — and it is the real deal. It is 100% legit. I had to get a background screening, fingerprints, a TB test, COVID-19 test, a drug test, 20 hours worth of training, a video on everything from food safety to hazardous waste disposal.”

Daniel said all of the care center’s employees must also get tested for coronavirus every two weeks, but since her brother-in-law is a physician who can administer the test, she plans on getting them more frequently.

“It is worth it to be able to visit him, and I can already just tell the difference in his demeanor after three visits,” she said. “I get to go again tonight… it has made the world of difference for me.”

Daniel said her husband is not able to articulate through words, so the way the communicate is by showing affection. “There’s a comfort that comes from me being with him, from me holding his hand,” she said. “That’s how we are able to love and I’m able to comfort him now. And I see him settling into that, I noticed it last night that he was very relaxed as he was getting ready for bed.”

She said her husband now feels love — something he missed out on they were separated. However, she still hopes the isolation policy for patients will end. “I’m so grateful… I am so lucky and fortunate, but I want to be with him every day,” she said. Daniel also started a Facebook page to advocate for patient rights during the pandemic.

“It’s really, really, a very, very difficult situation that so many families are in. And I hope that one of the things this story tells is it’s not just about my success of us being creative… but the plight of so many others that don’t have the blessing I have. We need to find a way. There has to be a better way to do this than complete isolation,” she said. 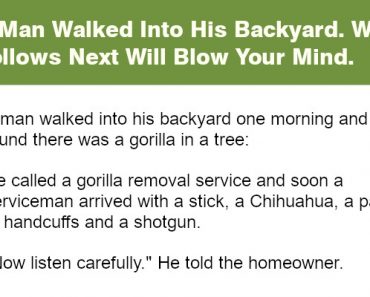 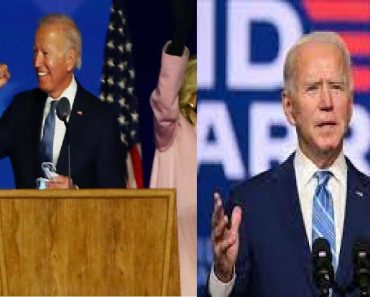