One 92-year-old living in the Houston area fell into that camp. She has two sons who were in the prime of their lives, raising their kids.

It puzzled her why they weren’t around more — though at 92 years of age she was growing a bit forgetful and suffering from dementia. Neighbors kept an eye on her, as she’d often wander outside and forget that her door was actually unlocked.

At some point in March of this year, the neighbors’ concern grew enough that they called the cops for a welfare check. They told police that her hands were often “ice cold to the touch” and she was very forgetful, according to a Facebook post from Deputy Marquis Hines of the Montgomery County Sheriff’s Office.

Trending:
LeBron James Attacks Rittenhouse for Crying, It Immediately Backfires: ‘You Cried Because You Got a Cramp’

Hines and an officer who goes by Nuno Junior on Facebook responded to the call and found the woman — whom they referred to as Ms. Tina — in a dirty house with little food.

“We go by and check, she has 2 sons who just forget about her,” Hines posted to Facebook on March 5. “No food in the fridge, only milk and old lemonade. Only eating a bag of Cheerios, place hasn’t been cleaned recently.

“All she wanted to know is why her sons don’t bring her food or check on her. She said she just need a couple sandwiches or something to least not be hungry.”

Not much of a request — a few sandwiches here and there. The cops saw their opportunity.

“Without her knowing, we left and got her some groceries for her home,” Hines continued. “Big rotisserie chicken, some sandwich items to last a week or 2, some chunky soups, bunch of chips and meat, some waters.

“Knocked on her door and she was all smiles and in disbelief someone actually cared enough about her to even help.”

The response to the gesture was overwhelmingly positive, with people flocking to commend the officers. The post has since received over 160,000 shares and 266,000 reactions.

“Not always about running and gunning catching bad guys,” Hines wrote. “Sometimes just showing someone they aren’t alone can change their lives.”

In an update, Hines revealed that he’d been in contact with the family and learned that her two sons were not as distant as the woman had made them seem. They said they were active in her life, but Ms. Tina (due to her condition) often forgot.

It was clear that living on her own was probably not the best way forward.

Hines started a Facebook fundraiser for Ms. Tina, and they raised their goal of $10,000 to help her out. By May, she’d been accepted at a nursing home

“The money you guys raised out of the caring hearts from everyone has given her a home to stay in and will be properly taken care of,” Hines shared. “Her family will not have to wonder if she is doing anything that may put herself in danger due to her dementia.

“I can’t thank everyone enough for coming together during this crazy time and helping her out. Means a lot to them and to myself knowing there are great ppl in the world still.”

What started as a simple check for these officers turned into something beautiful as the online community pitched in to get Ms. Tina situated. This story is also a great reminder to keep an eye out for your elderly neighbors — we could all use a little kindness, but those who live alone could use even more. 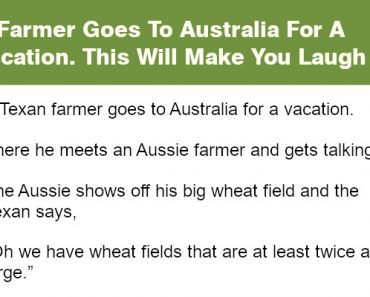 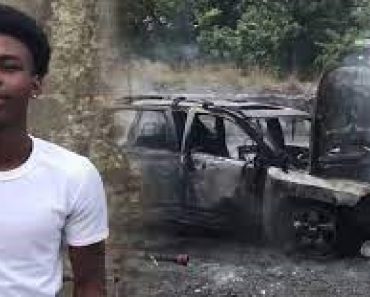