Prev Article Next Article
Sept. 24, 2020 — A bunch of neighbors teamed up to help a North Dakota farmer after a freak accident landed him in the hospital.

Lane Unhjem was in the middle of harvesting his family’s wheat and canola when his combine burst into flames. During the commotion, he had a heart attack and had to be flown to a nearby hospital.

That’s when dozens of fellow farmers stepped in to help finish the harvest.

“Now that Lane’s health is being taken care of, it came time for his friends and neighbors to spring into action, which is common in small town life,” friend Don Anderson shared on Facebook.

“The Unhjems have a beautiful crop that will be safe in the bins today, and more importantly they have the comfort of knowing that they have a community of friends that are helping, praying and doing whatever they can to help them get through this tough time,” Anderson said. “What a great sense of pride we can all have knowing that when we face something like this, we’re not alone.”

Friends have also created a GoFundMe page to help the family with medical bills and to replace the ruined combine. Of the $50,000 goal, about $3,000 has been raised.

Every 40 seconds, someone in the United States has a heart attack, according to the CDC. Major symptoms include chest pain, feeling weak or light-headed, discomfort in one or both arms or shoulders, and shortness of breath. 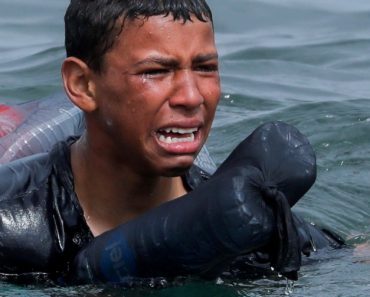