When it comes to travelling to India, it can be a fulfilling experience for you to witness the rich and diverse cultural heritage of the country. The thriving civilization of India which dates back to thousands of years, echoes in the remains of numerous forts, palaces, mosques, temples, churches, caves, forests, national parks, ancient ruins and natural sites. India has witnessed numerous glorious chapters of history and each of these events has left its distinct footprint on its soil. 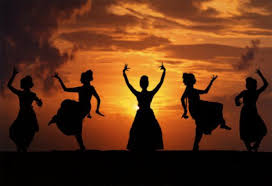 A stay in any of the heritage hotels of Rajasthan can be a fleeting opportunity for you to witness the remains of extravaganza of the Rajputana. The five states of the South are ready to welcome you with the bequests of a fervent culture which traces back to the glorious days of the Pallavas, Cholas, Pandiyas and the Vijayanagar Empire. The stunning artefacts created by the accomplished sculptors and artisans still stand high on the soil of Madurai, Kanchipuram, Pondicherry, Hyderabad, Mahabalipuram and many other places of the south. Similarly, the northern part of India leaves you with a feeling of wonder and awe as look high at the historical sites of the Red Fort, Jama Masjid, The Parliament, The Taj, The Lotus Temple, Amarnath Temple and many more to add to the list. The eastern and north-eastern parts of India one can witness a multitude of expressions of culture and heritage sites. The Konarak Temple in Orissa, the stupas of Sanchi, The Kaziranga National Park in Assam, The Sundarbans in West Bengal, the ancient caves of Ajanta and Ellora in Madhya Pradesh and the world famous toy train of Darjeeling will introduce you to the different phases of India’s glorious past.

The land of the Maharajas, Rajasthan 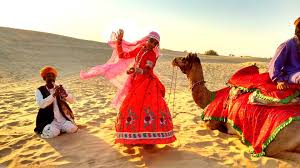 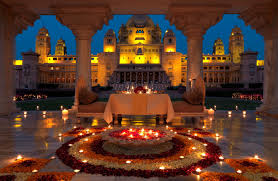 Rajasthan is the land of majestic palaces, fortresses and havelis that bear the testimony of the opulence and fortitude of the Rajputs and the The vast, semi-arid, golden Thar dotted with these royal edifices has become a synonym for chivalry, romance and glory of the kings. A cultural trip to Rajasthan gives you the opportunity to put up in some of the most extravagant palaces that are converted to hotels for the tourists who wish to have a royal accommodation during their trip.

To witness the royal heritage of the Rajputana you can choose a 14 day tour package which starts from Delhi including places like Bikaner, Jodhpur, Jaipur, Udaipur, Mandawa, Ranakpur, Khimsar, Pushkar and brings you back to Agra. Some of the must watches of Rajasthan are the Mehrangarh Fort at Jodhpur, the Bramha Temple at Pushkar, Sahelion ki Bari and Jagdish temple at Udaipur, the world famous Sish Mahal , Jantar Matar, Hawa Mahal in Jaipur, the Junagarh Fort and the Golden Jubilee Museum at Bikaner. One can reach this flamboyant destination by both rail and air.

Assam the land of natural bliss 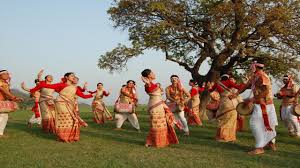 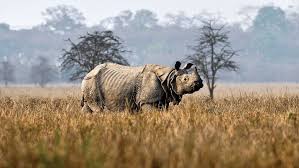 One of the most influential of the five sister states that comprise the north eastern territory is Assam. The colonial heritage of this state is thriving in many of the tea estates that were established during the British rule in India. Assam is known for its rich biodiversity and ethnic culture which is reflected in their lifestyle and various art forms. Bihu is the major festival of Assam which is held four times in a year in various names. It is celebrated as harvest a festival as a commemoration of opulent harvest of crops. The Kaziranga National Park and the Manas Wildlife Sanctuary are the two world heritage sites as acknowledged by the UNESCO and every year these two places attract thousands of tourists across the world for their unique flora and fauna.

The Kaziranga National Park is home to the world famous one-horned rhino, spotted deer, blue throated barbet, ring-tailed fishing eagle, giant civet, mongooses, porcupine, Gangetic dolphins, pythons and the list goes on.  The vast spinneys of bamboo, numerous riverine islands along the banks of Majuli and Brahmaputra, tropical rainforests and wide variety of orchids have contributed generously to the incomparable natural beauty of this state. Assam is also known for its mouth-watering indigenous gastronomy with river water fish and bamboo shoot. There are numerous hotels and forest lodges of the Assam Tourism Department that offer hospitable accommodation to the tourists. Assam is well connected both by rail and air from all states of the country.

A journey of enlightenment and thrill to Madhya Pradesh 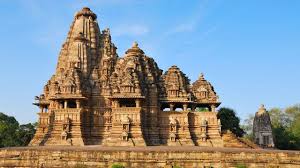 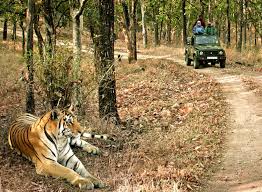 The archetypal stone carvings of Khajuraho temples is an ode to life imprinted on stone walls. Twenty five out of eighty five such temples that date back to the era of the Chandela Dynasty have survived the ravages of time and thus rendering us the chance of marveling one of the rare gems of India’s rich cultural heritage. The figures of warriors, dancing nymphs, mythological animals, gods, goddesses, nayikas, musicians and mortal men and women embellished on the stone walls of the Khajuraho represent varied expressions of human relationships in ancient India. The erotic art engraved on the stone walls of Khajuraho proudly testifies the zenith achieved by the ancient Indian sculptors. One can witness the Bhimbetka rock which promotes one of the prehistoric painting relics of the world- a must watch for future historians and patrons of historical artifacts.

For wild-life photographers the two famous wild life sanctuaries of Kanha and Bandhavgarh are ready to offer you to head out for a jungle safari and experience wild animals in their natural habitat. The stupas of Sanchi, the abandoned, royal fortresses of Mandu, the cascading waterfalls at Jabalpur and Amarkantak and the placid hills build a perfect kaleidoscopic view for the tourists. Accommodation in the government lodges and private hotels is available all the year round. For a jungle safari, a prior permission of the forest department and trained tourist guide is all what you need. You can reach this magnificent abode of ancient Indian culture both by rail and air. 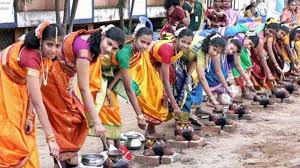 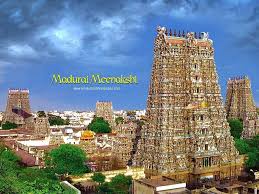 Tamil Nadu which is a synonym for the term ‘larger than life’ reflects its awe-inspiring cultural legacy in the innumerous relics dotted across the state and the various forms of performing art which forms an integral part of every Tamil household. Nestled between the Eastern Ghats in the north, The Nilgiris in the west, the Bay of Bengal in the east and the Indian Ocean in the extreme south, Tamil Nadu is the virtually the melting pot of India’s diverse religion and culture. The state has witnessed some of the glorious episodes of Dravidian history and stands proudly with its classical literature, music, dance and social customs that have evolved through time. One of the oldest cities of the world is Madurai which dates back to the Sangam Period and still thrives to be the abode cultural and spiritual heritage of India.

The Meenakshi Temple dedicated to Goddess Meenakshi and Lord Sunadeswar is an awe-inspiring specimen of Dravidian architecture which epitomizes the larger-than-life way of living of the early Tamilians. The thousand pillar courtyard of the temple meticulously carved and colour washed ‘gopurams’ on the temple walls, the grand figure of Lord Nataraja, water tanks and the brass images inside the temple stand out in their grand presence and creative distinction. The Brihadeeswara Temple of Tanjavur is another brilliant edifice which was carved out of a single granite rock during the Chola reign. If you are lucky enough you can get to witness the live performances of Bharatnatyam dancers in the temple auditoriums and spend some happy hours. Tamil Nadu is the land which is associated with Tamil bravado as the state has witnessed consecutive reigns by the Pallavas, Cholas, Pandiyas and the Chalukyas. Each era has contributed to the development and flourish of Dravidian culture and art which thrives in the heart of every Tamilian still today. 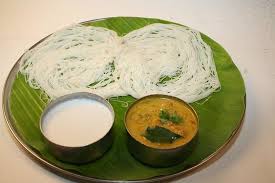 Tamil Nadu is a land of diverse religion and culture and one can witness the legacies of French colonial heritage in the coastal territory of Pondicherry which is also known as the French Riviera of the East. Tourists who wish to spend a peaceful retreat can may their way to the tranquil beach of Auroville.  It is the named after the great spiritual thinker Rishi Arabindo. There are many churches that were built during the French rule and still continue to win our hearts with their refined beauty. The Thiruvalluvar shrine and the Vivekananda Rock in Kanyakumari, the rock-cut artifacts of Mahabalipuram belonging to the Pallava dynasty, the Vellore Fort and the unnumbered relics of the Dravidian era takes you back to the glorious time of history.  Your visit to Tamil Nadu cannot be complete if you do not give a try to the spicy Chettinadu Chicken or a plate of steaming Idiyappam with tangy sambar or a glass of mouth-watering Falooda or Jigar Thanda on a sweltering summer afternoon.  There are various kinds of accommodation available from which you can choose the one best suited for you. Almost all the famous districts of Tamil Nadu are well-connected by rail from all parts of India. By air you can reach up to Chennai airport from where rental cars are available to take you to your destination.

A cultural trip across the length and breadth of the country gives you an opportunity to unravel the splendor of its cultural legacy which conveys the message of ‘unity in diversity’ to the world. As you explore various cultural sites of India, meet different people, savor on the local cuisines and know about different customs and rituals that have come down the ages you feel enriched and proud to be a part of such a vibrant cultural legacy. 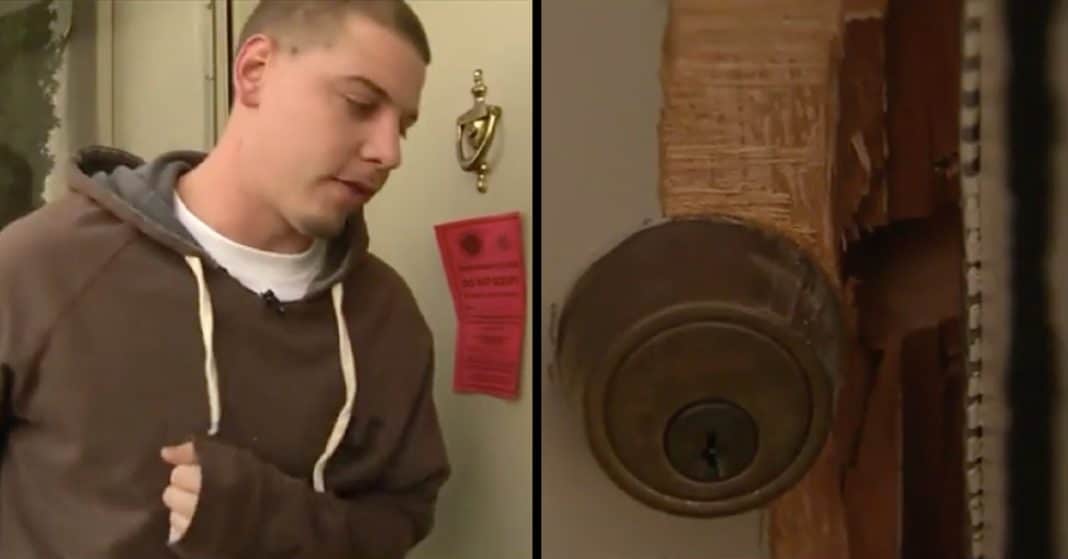 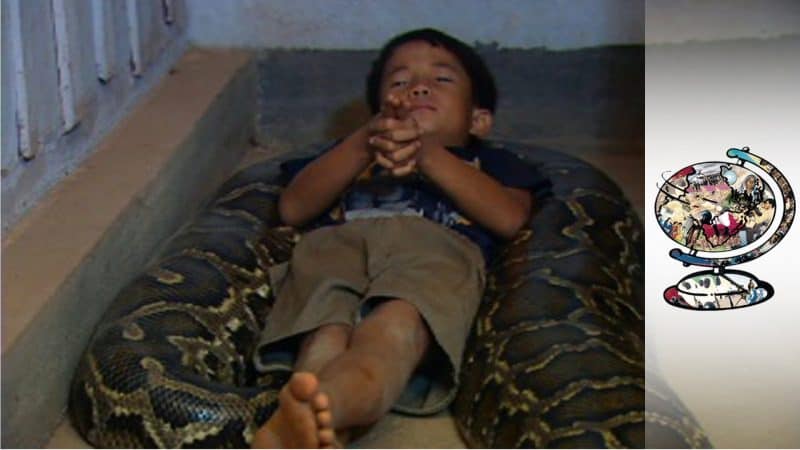 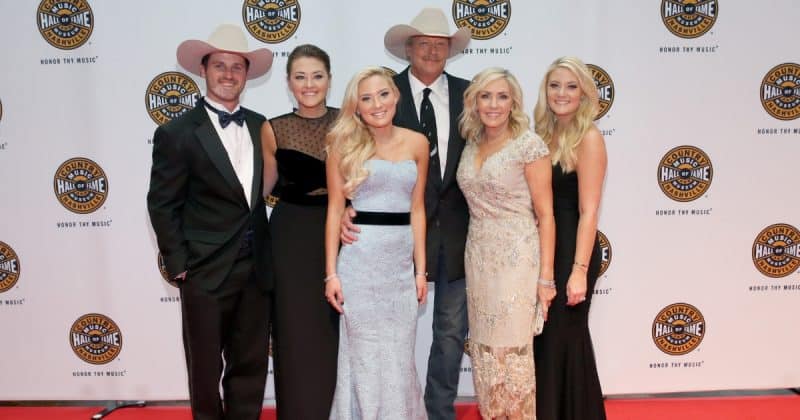