In the U.S. police officers get plenty of stick for the most part. Most people are ready to make complaints concerning how they go about their jobs, while others are of the opinion that they resort to violent measures too often.

Of course, it’s important that we retain the freedom to criticize members of any profession when they’re not doing their job properly, but it’s equally important to remember that police officers risk their lives every day in order to protect us.

Not only that, but many of them are capable of incredible feats – which this wonderful story is a fantastic example of. There are not many surviving veterans from World World II left, but 92-year-old Louis C. Hicks is one of them.

Throughout his life he’s always endeavoured to do the right thing, this includes when America was called to defend Europe’s freedom against Adolf Hitler and the Nazis.

Recently Louis discovered that some of the tools in the workshop behind his house were missing. He alerted the police hoping that they could catch the thief.

When officer Chasity Salazar reported to the scene, she insisted on taking a look around Louis’ home. Louis knew in that moment that he couldn’t conceal what was going on in his kitchen.

92-year-old Louis had no idea that she’d been doing a spot of detective work in his house, and planned to return with something to make his life easier.

Louis had fought for his country during World War II, as a result was too proud to ask for help. Officer Salazar saw all the signs of someone who desperately needed assistance, and decided to take action on behalf of his unspoken words.

Chasity noticed Louis was using his stove to heat his home with all the rings on to keep warm. After getting some help from donors she purchased a new heater for Louis. When Chasity delivered the gift he couldn’t find words to thank her.

“I’ve never had no one to do nothing for me. After my mother passed away and left me to take care of my two sisters … nobody never did nothing to help me. You hate to ask anybody ’cause sometimes they’ll frown on you, and I’m a true veteran. I won’t ask. I won’t ask,” he explains.

Louis stopped using his heater as he explained how it burned a hole in the floor. He restored to his gas stove because of his limited income.

Officer Chasity, was also grateful for the opportunity to pay tribute to a man who had done so much for his country. The whole neighbourhood gathered around Louis to ensure his life is a smooth as possible.

“It means everything. The things I’ve been trying to do since the ’40s…I’ve been asking for help. And now, it just came in. God is good,” he said.

Not content with simply changing his life, the police in Austin have made a list of all the things he requires, including underwear, shirts and pants.

Finally it looks like Louis is getting what he deserves, having tried to be a great man all his life. You know something special occurred when a WWII veteran is brought to tears.

Take a look at the video below for details on this fantastic story:

In today’s world, it’s all too easy to forget about our elderly.

Louis is an example of someone almost dismissed by society, but thanks to one kind-hearted police officer this 92-year-old’s life won’t be a struggle anymore. 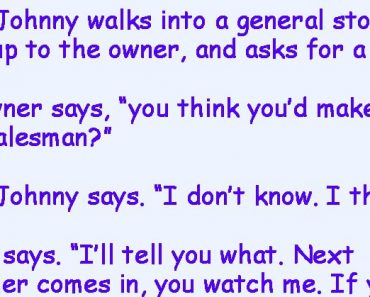