A 30-year-old Chinese man has stopped growing since the age of two and is still the size of a toddler.

Born in 1987 in rural eastern China, Wang Tianfang suffers from an unknown condition, has never been able to talk and needs around-the-clock care.

Wang’s mother, 52-year-old Chu Xiaoping, said her biggest wish was to hear her son calling her ‘mother’, but sadly she had not been able to. 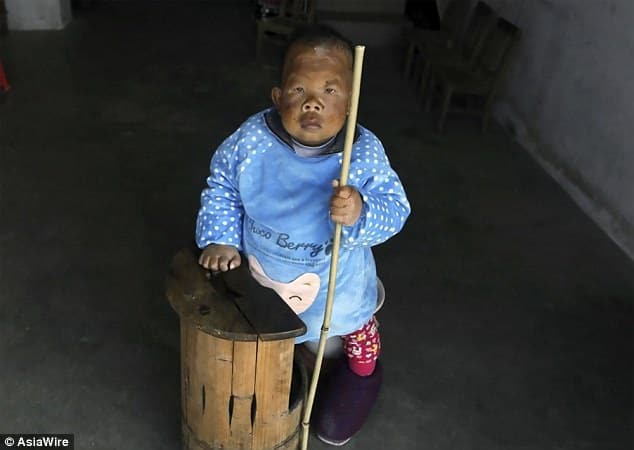 The family live at the Wangfan Village of Yuexi County in China’s Anhui Province, according to state-run CCTV.com.

Ms Chu said Wang Tianfang stopped growing when he was between two and three years old. He has stayed 80cm (2ft 7in) tall since then and his intelligence has not developed.

Ms Chu said when Tianfang was three years old, people suggested she abandon him by the road or in front of a temple and give birth to another child.

The mother firmly refused and said she would look after Tianfang no matter what. 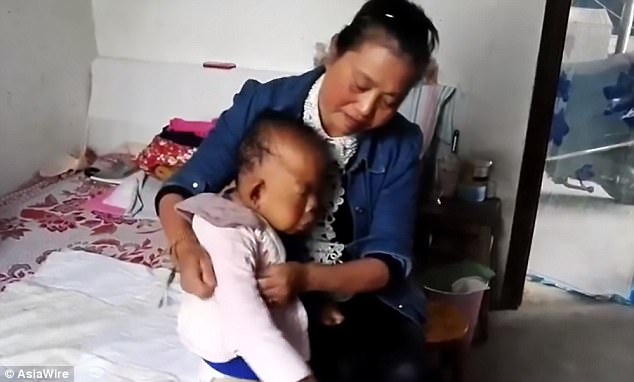 In order to take care of her son, Ms Chu, Tianfang’s sole carer, makes a living by picking tea leaves in the mountains and working as an hourly cleaning lady in town.

Ms Chu provides around-the-clock care to Tianfang. Her daily tasks include dressing him up in the morning and feeding him food at meal times.

Although Tianfang cannot talk, she appears to be able to stand on his own. 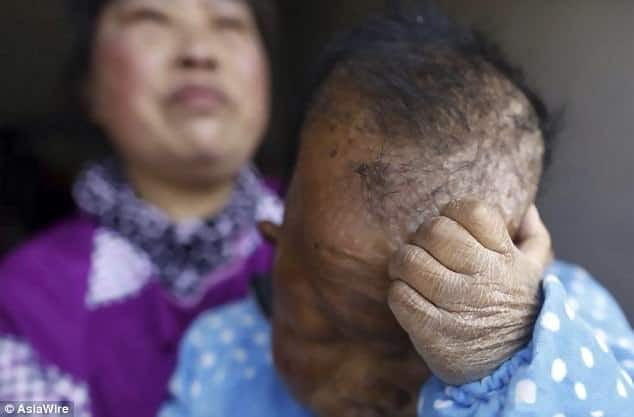 Ms. Chu would ask her neighbors to look after Tianfang when she has to leave home to work.

She has never been able to find out what has caused her son to stop growing and cries whenever she talks about Tianfang.

In an interview with Pear Video,