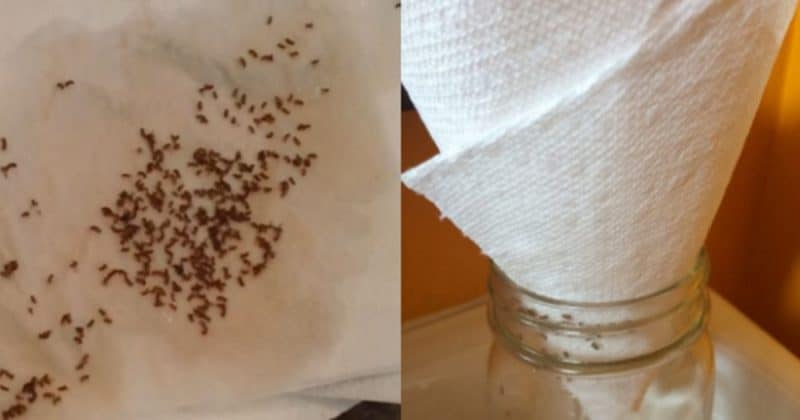 Fruit flies and their close cousins gnats, are both species of flies that seem to make an appearance especially during the warmer months. Fruit flies which are attracted to fruits and vegetables, and gnats which are attracted to indoor plants and moist soil, are not just a nuisance in the home, but also dramatically reduce the life of the foods and plants they prey on.

Given the quickness with which they proliferate and the general annoyance of seeing them take over the house, people often rush to the store to purchase the first toxic insecticide they see.

Thankfully, there are quicker and just as effective home remedies that are also much safer than the store bought stuff!

Most of these solutions use pantry items and follow a simple method of creating a trap that the fruit flies and gnats can’t escape. Quick steps to building such a trap include taking a cup or jar, filling it with one of the solutions listed below, then covering tightly with plastic wrap and poking multiple holes. 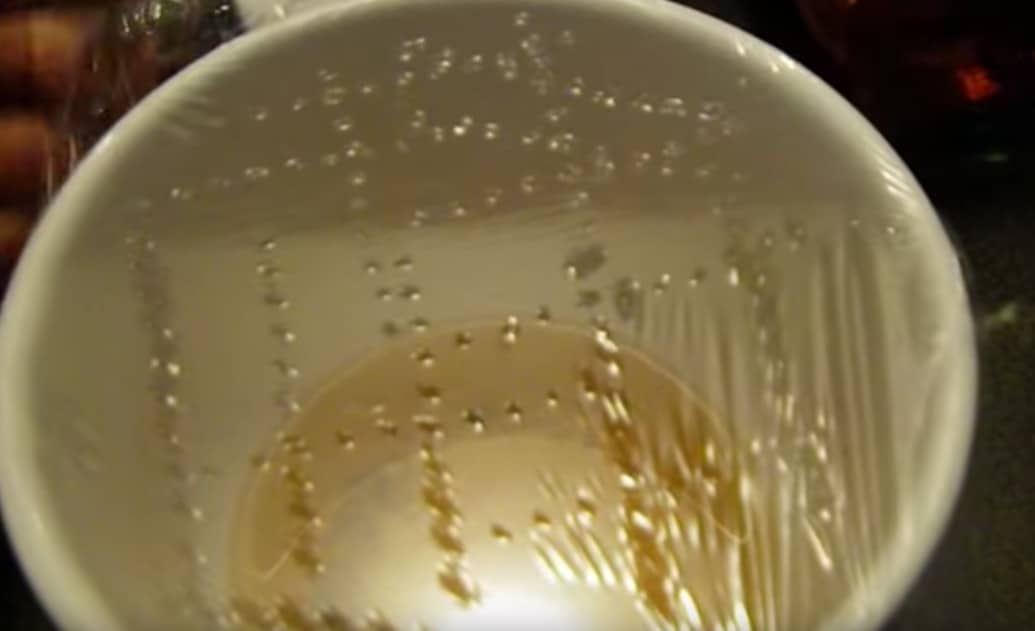 Alternately, you can also create a paper funnel trap by folding a piece of paper into a cone shape and snuggly fitting it in the mouth of a glass jar. The bottom of the funnel should have an opening that is about an inch wide and the tip should be about 2-inches away from the bottom of the jar. Place your bait of choice in the jar and watch as the bugs funnel in, but can’t funnel out.

Much like us humans, fruit flies and gnats love red wine, or at least the smell of it. Combine 1/2 cup of red wine with 1 and a 1/2 cups of water and pour in the trap described above.

Put the jar where you see most of these critters and then simply watch as they fly into the trap and drown in the liquid. Change the solution once it is filled with too many dead bugs.

This is perhaps one of the more common home remedies since apple cider vinegar is cheap and easy to find. Heat about 1/2 cup or more of apple cider vinegar to make it more potent. Add a few drops of liquid soap and mix well.  Pour the solution in the trap jar and walk away.

The sweet smell of the vinegar will attract the flies and gnats, while the liquid soap essentially acts as the bug killer. Once the jar is filled with dead bugs, rinse and repeat.

Another simple way to build a trap is to actually use the items that attracted the pests in the first place. Substituting the liquid with an overripe fruit or vegetable in the trap jar, also works just as well.

Just remember to take the jar with the trapped bugs and submerge it under water to kill them before setting up another trap.

If you have some dairy to use up or don’t necessarily have the equipment to prepare a jar trap, you can heat 2 cups of milk with 8 tablespoons of sugar and 4 tablespoons of ground pepper. Simmer for 10 minutes and then leave the solution in the problem-area in a shallow dish.

The gnats and flies will be attracted to the sweet smell and then essentially drown as they get in the solution. Rinse and repeat as needed

In addition to making traps, you can also spray the effected area with a spray that has a strong lemon scent to deter the insects from spreading. Mix 2 cups of hot water and 10-15 drops of lemongrass oil in a clean spray bottle and spray your kitchen surfaces or where the problem persists.