This will be Miles Agnew’s last Christmas and last time ever sitting on Santa’s lap. This 2-year-old boy was born with a rare condition called microcephaly, which is when a newborn’s head is significantly smaller than normal. Children with microcephaly have smaller brains which impact their brain development. 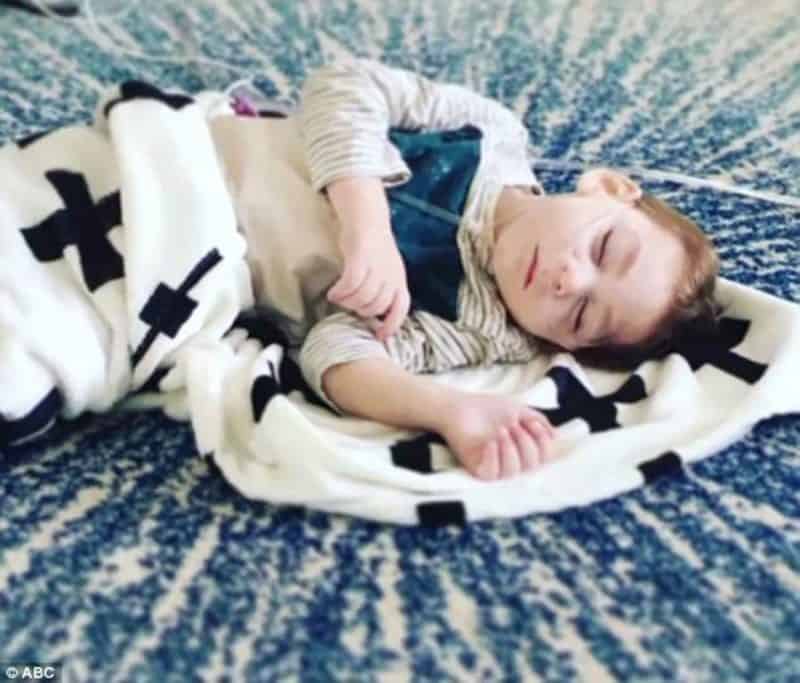 Miles suffers from several other health problems including spastic quad cerebral palsy, intractable epilepsy, brain malformations, cortical vision impairment, and feeding intolerance. He was adopted at three months old by the Agnew family. Miles has been on hospice for months, and his health has been declining.

“His little body went into shock and has started to shut down. We don’t know what happened,” his mother, Michelle Agnew, told ABC News.

While being in hospice at Primary Children’s Hospital in Salt Lake City, Utah, his pain and discomfort are being managed.

On December 5, Miles and his sister, Hailey, 13, and brother, Taveon, 11, visited Santa at the hospital. The visit was coordinated with the Secret Sleigh Project, which is an organization that “brings Santa to the homes of children with acute medical illness, chronic illness and children who cannot leave home.”